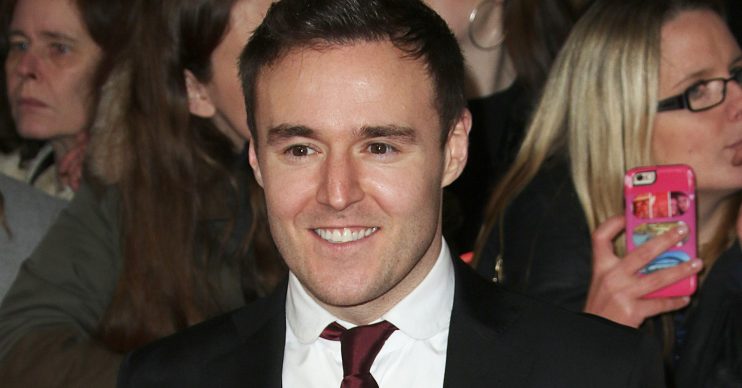 They had a game of badminton

Alan Halsall has delighted fans with a photo of his girlfriend Tisha Merry, his brother Steve and his Coronation Street co-star Colson Smith.

The group enjoyed some quality time together as they went head-to-head in a game of badminton.

Alan posted the snap to Instagram on Wednesday which showed the actor with his hand on Tisha’s shoulder as he posed alongside Steve and Colson.

Alan, who plays Tyrone Dobbs in Corrie, captioned the post: “Absolutely love this game. Such a good laugh & great for fitness.”

Fans loved the picture, with one commenting: “Lovely photo of them!”

Another person said: “That’s got to be your brother?” while a third added: “Awesome Insta! Loving the vibe.”

Alan and Tisha confirmed their romance in May of this year after rumours of them dating surfaced months earlier.

Last month, the actor thrilled fans by sharing a photo of himself and Tisha with his daughter Sienna-Rae.

What a beautiful “Old school” day out with my 2 beauties at Tatton park! A day packed with Fun, laughter & Ice cream….. . . . not to mention Bike rides, picnic, swings, slides, zip lines, board games & 🦌♥️

The picture showed the trio having a picnic in a park.

Alan wrote: “What a beautiful ‘Old school’ day out with my 2 beauties at Tatton park! A day packed with Fun, laughter & Ice cream…”

At the time, Lucy-Jo said in a statement: “I can confirm that Al and I are divorcing.

“We remain friends and devoted mummy and daddy to our daughter Sienna. We would appreciate privacy so that we can focus on Sienna’s continued happiness.”

Meanwhile, Alan recently hinted that he could enter the Aussie jungle for this year’s I’m A Celebrity… Get Me Out Of Here!.

The star shared a photo to Instagram showing himself sitting on some rocks while surrounded by a river.

He captioned the post: “…it’s a jungle out there,” followed by a wink face emoji.

Fans began speculating, with many convinced he’ll be heading Down Under later this year.

One person said: “Go for it Alan, hope you go in the jungle!”