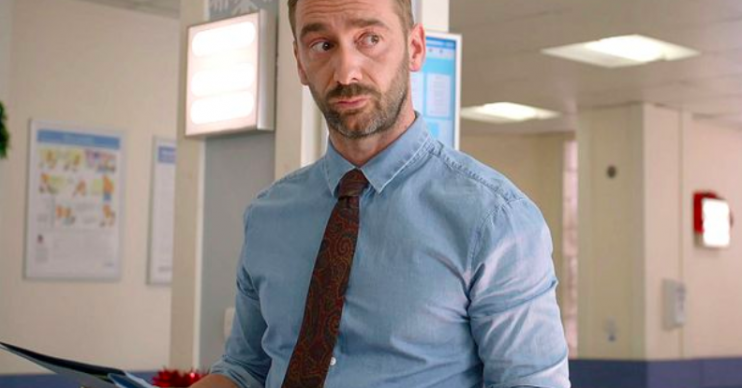 He defended actors who take other jobs to pay the bills

Coronation Street star Charlie Condou has revealed he worked as a waiter after quitting the soap.

The actor played Marcus Dent in the ITV soap before quitting to be closer to his children in London.

And he has now revealed as a jobbing actor that he took a job working in a restaurant to put food on the table.

He told the Sunday People how after leaving the soap he had a successful run of work in the theatre and on television before hitting hard times.

He decided instead to go and work in a friend’s restaurant as a waiter in order to pay his bills.

Now starring in Holby City as a new surgeon, Charlie also said he was constantly recognised from the soap while working in the restaurant.

There’s nothing about it that’s inferior.

He said: “I worked as a waiter for a month or so and people recognised me all the time.

“Somebody said to me, ‘Ooh, aren’t you embarrassed?’ I thought, no, because I don’t really consider being a waiter a less of a job than being an actor.

Different Families. Same Love. Help spread our message, tell us your #HopeForLGBTequality, and join the chorus of voices showing their support for LGBT-Inclusive RSE! @stonewalluk pic.twitter.com/BGkHoFRKve

“You get paid less and it’s harder work but there’s nothing about it that’s inferior.”

Charlie spoke out to defend former EastEnders actress Katie Jarvis who was splashed across a tabloid newspaper for taking a job as a security guard in a shop.

After being job shamed the actress told the Victoria Derbyshire Show: “I woke up really embarrassed and made to feel quite ashamed, to be honest.

“See over my career I’ve done by best to try and stay away from social gatherings, get-togethers and celebrity things, to keep my private life as private as possible.

“So to wake up with my kids and see myself on the front of the pages just for simply having a job in between my acting, it really did hurt me.”

Do you think actors should be more open about their lives? Leave us a comment on our Facebook page @EntertainmentDailyFix and let us know what you think!