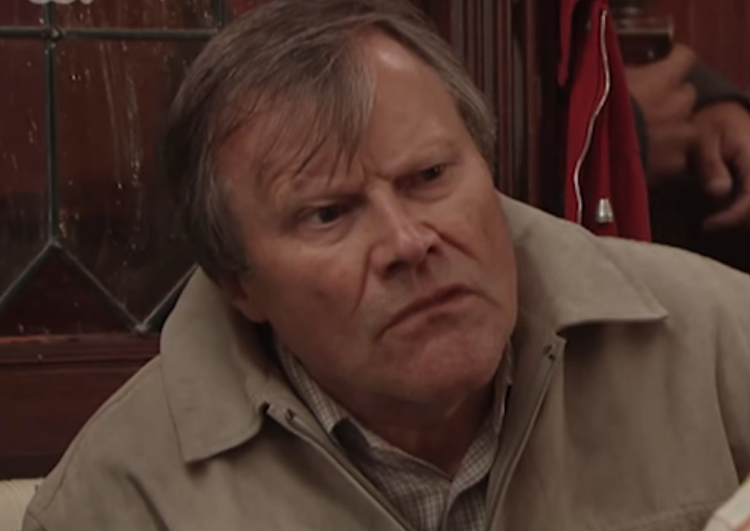 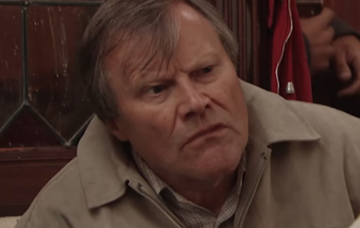 Corrie SPOILER: Will the truth be revealed after Roy Cropper collapses in the street?

Coronation Street stalwart Roy comes a Cropper after he collapses dramatically in next Monday’s episode of the ITV soap.

The cafe owner hits the cobbles after being stung by a bee – but thanks to Dr Ali Neeson’s quick reactions, it looks as if Roy will make it to spread butties another day.

Uncharacteristically, shy Roy upstages Jude and Angie Appleton’s vow renewal ceremony as he takes a turn for the worse.

But desperate Jude seizes on the opportunity to make himself out as the hero in an attempt to impress his increasingly distant wife.

Having stabilised Roy’s worrying reaction to the sting with an Epipen shot, Dr Ali rushes off to back to his office for more medication.

Roy, however, only sees Jude – who has phoned for an ambulance – standing over him as he comes to and thanks him for saving his life.

And Jude goes along with it, keeping his lips sealed as he accepts the praise owed to Dr Ali.

Furthermore, an amazed Angie is bowled over all the more as Jude continues with the fibs and announces his intention to train as a paramedic, having realised his calling to be a medic.

Their shaky marriage looks set to buckle entirely earlier in the episode as dull and dishonest Jude claims to Angie he had no idea about his mum Mary Taylor’s secret plans for the renewal bash.

Making out he is as taken aback as his wife when Angie walks into the surprise party at Speed Daal, Jude struggles to convince her to go along with it for Mary’s sake – particularly as Angie has already made it clear they are over.

But when Roy keels over and Jude takes credit for saving him, Angie is left with plenty to ponder when it appears Jude has found focus in his life.

How long will the pretence of undergoing medical training revive his and Angie’s relationship for though?