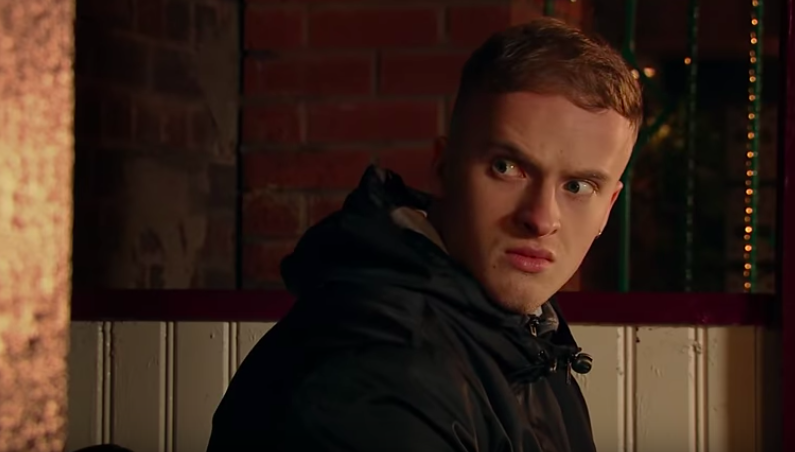 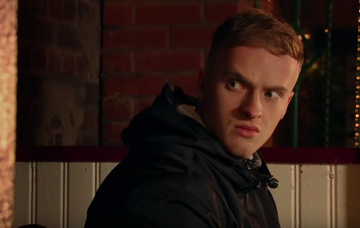 Shocking news has finally been confirmed

Coronation Street have finally discovered who the mystery man is who got Amy Barlow pregnant – and they are horrified.

Teenager Amy has kept quiet about who is the father of her unborn baby, but in last night’s episode it was revealed as gang bully Tyler Jefferies.

Fans were left stunned when much older Tyler reacted angrily to Amy telling him she was pregnant.

He told her: “If you’re making this up, to make me go out with you or something…”

Read more: Coronation Street stars ‘face pay cuts or they could be axed’

But as she put him in his place he seemed to soften, but it was only an act.

“I didn’t plan any of it, I know you’re underage,” he added.

“I liked that you like me, proper liked me not pretending like everyone else. You’re a kid, I shouldn’t have slept with you. I flaming wish I hadn’t now.”

When it became clear Amy wasn’t going to simply have a termination, he showed more of a nasty side.

“What did you bother telling me for then? In case I wanted to keep it? Are you mad or something?

“There’s nowt to discuss – get rid of it. Take one of them pills. Doctor can’t say owt.”

He even demanded she tell her parents Simon is the father to keep him out of prison for sleeping with the underage girl.

“You better not have told them it’s me,” he said.

“If you’re thinking of telling them it’s me, you can’t – I’ll just deny the whole thing. I want nowt to do with it, or you.”

Throwing Simon against a wall he said: “You either tell them that it’s yours or you make her get rid.”

It was too much for fans with one tweeting: “Ewww that Tyler is disgusting #Corrie”

Another said: “Amy is underage and Tyler clearly knew what his was doing, bad that!”

What did you think of Tyler being the father?