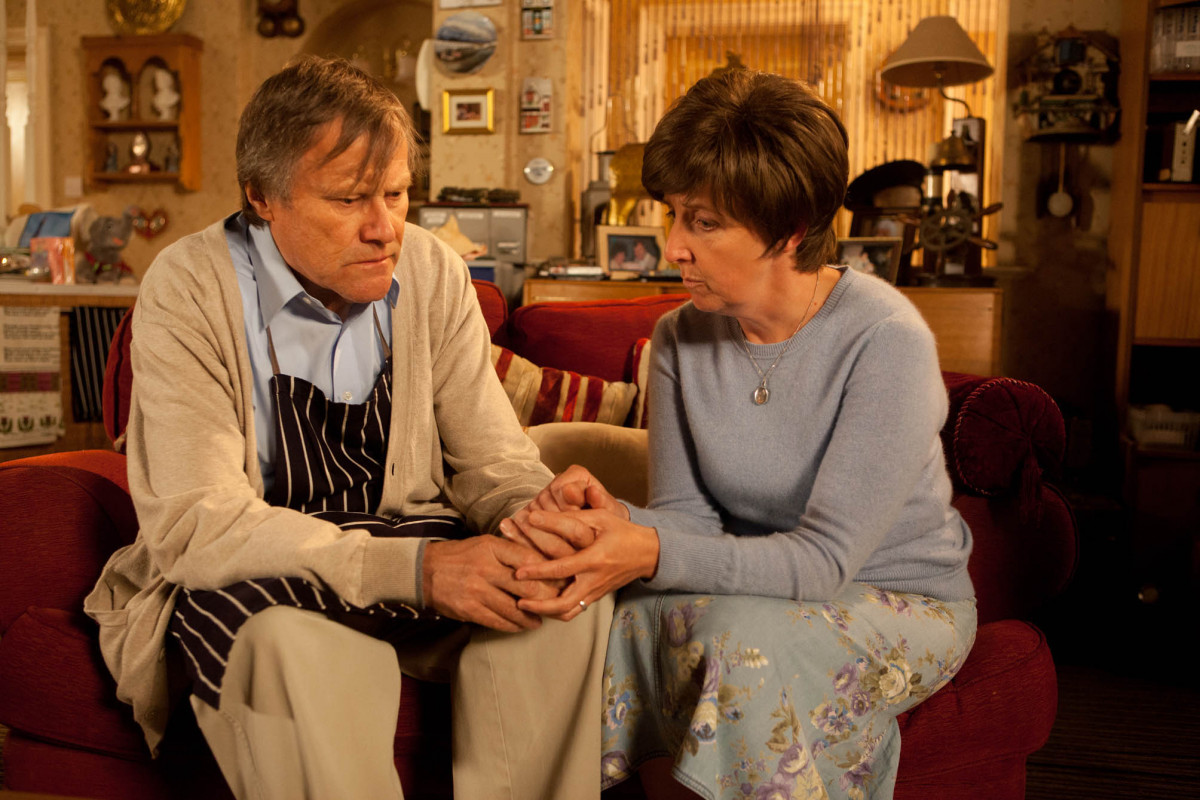 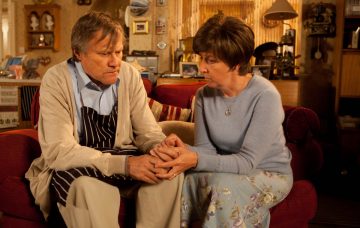 Coronation Street has won an incredible 111 British Soap Awards since the ceremony began in 1999. That’s more than any of the other British soaps.

The show has won the big award – Best British Soap – six times, coming second only to EastEnders who have taken it home 11 times.

But which actors, actresses and storylines have won big?

Here’s a look at the most awards in Corrie history.

David Neilson and Julie Hesmondhalgh lead the Corrie pack when it comes to awards.

Roy and Hayley Cropper won the hearts of a nation of Street fans when they met in 1998 and overcame numerous obstacles in their union due to Hayley being transgender.

They had already won Best Partnership twice at the Soap Awards, once in 1999 and once in 2004, before their third, and most poignant, win.

In 2014, Hayley took her own life following a diagnosis of terminal pancreatic cancer. The storyline not only won them the partnership award for a record third time, but David received the Best Actor accolade, Julie took home Best Actress, and they won Best Single Episode for Hayley’s death and Best Storyline for her cancer battle.

In total, the pair have won eight British Soap Awards, with six of them coming for Hayley’s devastating exit.

Brian Capron and the demise of Richard Hillman

He was married to Gail Platt and when she discovered what he’d done, things took a dramatic turn as he kidnapped her and her kids Sarah Louise Platt and David Platt, and drove them into the canal in a bid to kill them all, and himself.

Only Richard perished though, and the exit netted the cast an impressive seven awards between them at the 2003 ceremony.

Actress Michelle Keegan is Corrie’s most successful single winner being named Sexiest Female a staggering six years in a row!

She first won the title in 2009 and continued to hold onto it until 2014, which was the last year the award was given out. That makes her the sexiest woman in soap forever, surely?

The 50th anniversary of The Street in December 2010 was something to shout about in more ways than one – not least because it bagged the soap four awards at the British Soap Awards in 2011.

The live episode saw a tram crash onto the cobbles killing Ashley Peacock and Molly Dobbs, nearly killing Peter Barlow, who married Leanne Battersby on what they believed to be his deathbed, and trapping Rita Tanner in the Kabin.

Jane Danson (Leanne) won Best Actress, the live won Best Episode, the end of the line for the Websters and Dobbs following Molly’s death and the revelation baby Jack was Kevin’s, won Best Storyline, and the tram crash was named Spectacular Scene.

In 2012 and 2013 Tyrone Dobbs was subjected to months of domestic abuse by other half Kirsty Soames. As Kirsty set it up so it looked like he was abusing her, Ty’s plight had the nation up in arms.

Tyrone actor Alan Halsall was rewarded for his strong portrayal of the abused husband with the Best Actor gong at the 2013 ceremony.

Read more: Battle of the soaps: Coronation Street vs EastEnders

Tracy Barlow is not a woman to be messed with and she proved that when she found out her evil boyfriend Charlie Stubbs was cheating on her in 2007.

She set up a whole plot to make everyone believe he was abusive towards her, then whacked him over the head with a statue in cold blood. Her story of self-defence didn’t wash though, and she ended up in prison for murder, but returned in 2009 when a mis-trial was declared.

Jack and Vera are imprinted on Corrie fans’ memories as one of the best couples the show has ever seen.

They won the Best Partnership award back in 2001, and both won the Lifetime Achievement Award – Liz in 2008, and Bill in 2011, the year he also won Best Exit following Jack’s moving death in which Liz returned in her husband’s dreams to dance with him one last time.