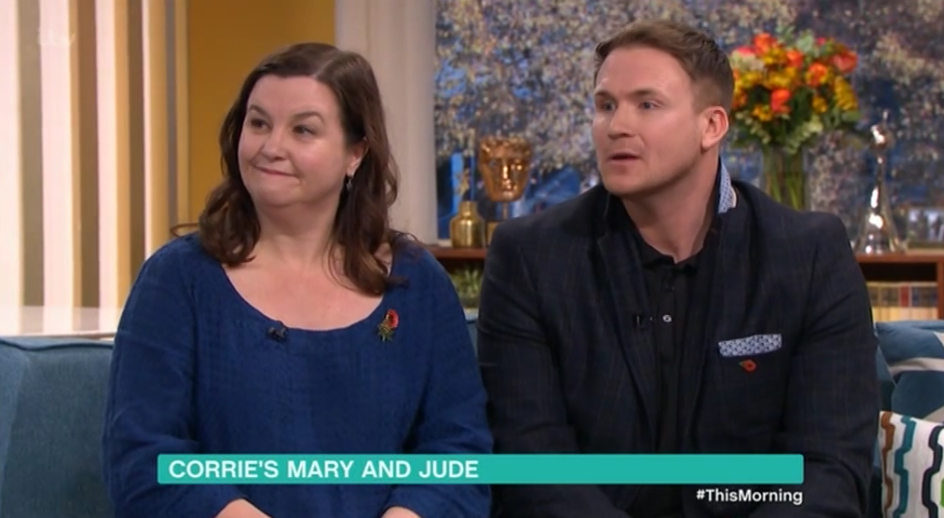 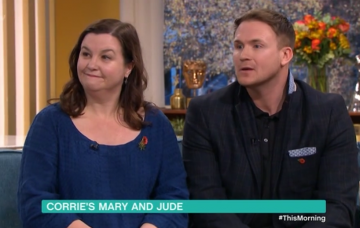 Actress also promises this storyline is far from over...

Coronation Street stars Patti Clare and Paddy Wallace, better known to soap fans as Mary Taylor and Jude Appleton, appeared on This Morning earlier today to talk about Jude’s departure from the cobbles.

But as well as talking about the pathological liar’s last scenes, the pair were also keen to clear up something that’s been circling the soap rumour mill.

It has been suggested in recent weeks that Jude is such a compulsive fibber, perhaps he’s even been lying about Mary being his real mum.

“It is a red herring. I think it comes from people’s care for Mary, which is  wonderful and they’re desperately trying to find some silver lining behind this storyline.

“The silver lining would be that he’s not a actually her son, and that her real son will appear. But he is my son, he’s Mary’s son, for better or worse. That’s life and that’s Mary’s life, and she’s very wise about it all.

“Jude is her son even if he might not exactly be what she dreamt he would be.”

Jude actor Paddy also confirmed that he has shot his final scenes on the soap, but host Phillip Schofield revealed the last we saw of Jude – him leaving on a tram – is not actually his exit storyline.

However Paddy remained tightlipped about exactly how he goes and whether he could return to the cobbles one day.

Talking about Jude’s departure Patti revealed: “Mary is very tenacious and the minute Jude leaves, the guilt sets in and she starts questioning her actions.

“She immediately thinks that she wants to find him again. If Mary is one thing, she is persistent!”

Are you glad to see the back of Jude? Leave us a comment on our Facebook page @EntertainmentDailyFix and let us know what you think!