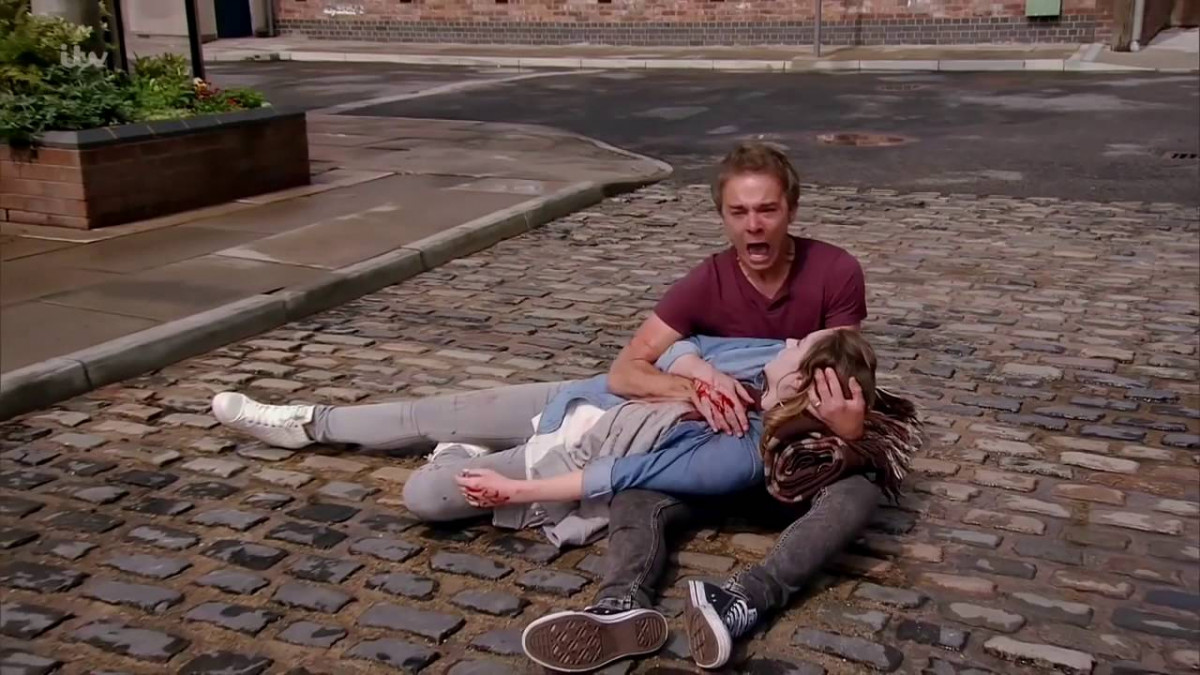 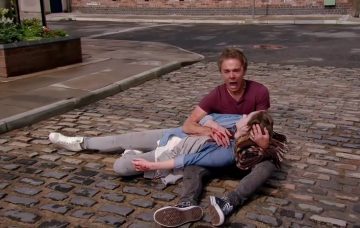 In MUCH happier circumstances though!

Once a Platt, always a Platt in Coronation Street – even if you’re dead!

And soap fans were so excited to see a photo of them reunited.

Paula is currently portraying Lauren in the musical Kinky Boots.

And she was happy to see her former soap colleagues show up to cheer her on.

In fact, some fans were quick to point out that Gail and Audrey were missing!

Also sharing the photos on his own Instagram page, Jack wrote: “Platts on mass! Went to see Paula, in her kinky boots tour at the opera house in Manchester, wow, what a brilliant show, you made us all proud!”

One fan gushed: “WHOOOOO KYLIE AND DAVID ARE REUNITED.”

And a third added: “Omg this is amazing, so pleased to see you guys keep in contact and continue to support each other!”

“My heart is complete,” sighed another.

Paula portrayed Kylie between August 2010 and July 2016, when she was killed off in heartwrenching scenes.

She was stabbed and died in the arms of her husband David just as they were about to move to Barbados together.

Which Corrie character do you miss the most? Leave us a comment on our Facebook page @EntertainmentDailyFix and let us know what you think!