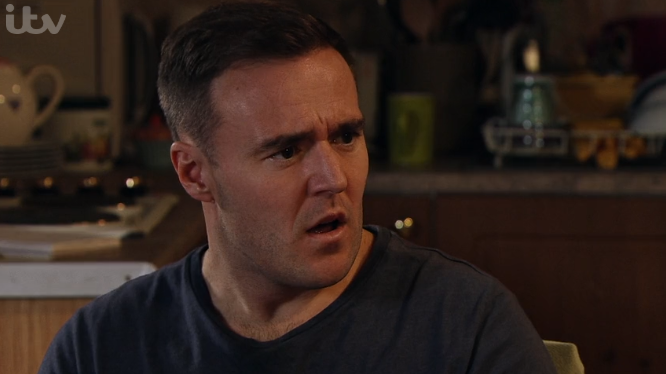 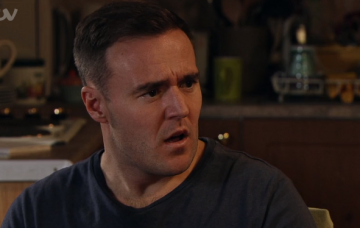 Could Jade get rid of Tyrone once and for all?

Corrie’s Tyrone Dobbs could die in a freak accident as nanny Jade’s secrets are exposed, it has been claimed.

The Daily Star claims the mechanic will die in a ‘freak accident’ like so many of the cobbles’ other residents.

It reports that eight people have died in freak incidents since the soap began in 1965, meaning that’s how Tyrone’s exit could go.

Joe McIntyre was the last one, accidentally killing himself when trying to fake his own death in 2010.

Viewers know Jade has been hiding something and has become obsessed with the family since meeting Fiz and Hope in Birmingham earlier in the year.

And it was revealed earlier this week how the family will be at the centre of a court case with Tyrone, Fiz and Evelyn enlisting the help of solicitor Imran for the new plot.

Read more: Julia Goulding confirms Corrie exit as fans are confused at how she will leave Weatherfield

The three of them were all in costume while Alan Halsall who plays Tyrone appeared to be wearing his own clothes.

Could something terrible have happened to Tyrone and is Jade responsible?

Ever since she was introduced as Hope Stape’s tutor, fans have been suspicious that something wasn’t right.

As well as some fans believing she is John’s sister others think Jade could be John’s eldest daughter, and some viewers believe she’s actually connected to Tyrone and is the sister of his abusive ex, Kirsty Soames.

There’s also the thinking that Jade just wants to take Fiz’s life over and have a ready made family.

Who do you think she is? Leave us a comment on our Facebook page @EntertainmentDailyFix and let us know what you think!