The actress appeared on This Morning with Eamonn Holmes and Ruth Langsford and told how she'd been left fighting for life after a kidney infection.

On the sofa alongside Dr Ranj, who was there to discuss the disease and how early diagnosis is key to survival rates, Sue told how she thought she had flu and just wanted to sleep. 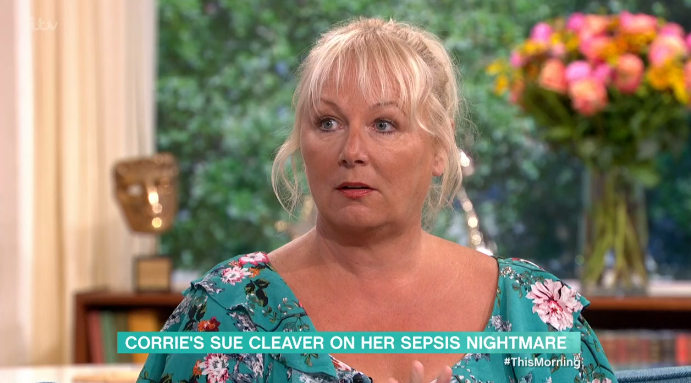 Sue told of her fight for life on This Morning (Credit: ITV)

"My husband, who also works on Corrie, he said: 'Something's not right', but I said: 'It's all right it's the flu, I'm taking ibuprofen, I just want to sleep'.

"He rang our daughter-in-law who's a paramedic and she said: 'Get her to hospital'."

Sue went onto reveal there is an hour window in which treatment has the most chance of working and thanks to her husband and daughter-in-law, the doctors were able to save her life.

It would have been very, very different. 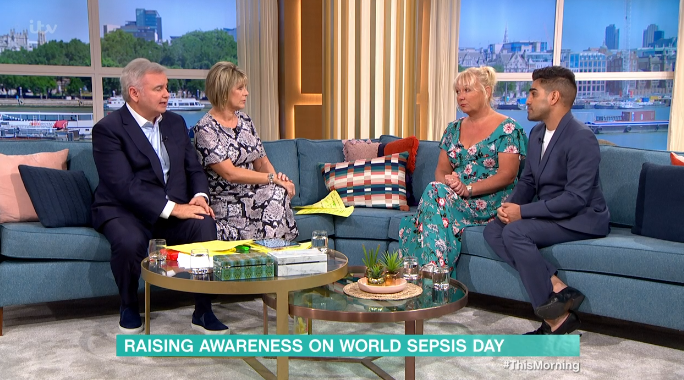 When asked how she contracted the killer disease, the star revealed it was from a very severe kidney infection.

"The biggest lesson for me was we stride on through life," she added. "We've got commitments we put up and get on with things. Big mistake.

"We make excuses because we're so aware of upsetting filming for everyone."

When Ruth questioned if the ending to the story would have been different if it wasn't for her daughter-in-law, Sue said it would. 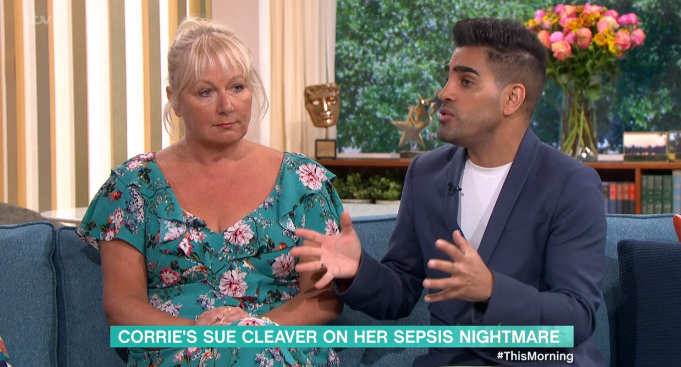 Dr Ranj agreed things could have been very different for Sue (Credit: ITV)

"All I wanted to do was sleep, if he [Sue's husband] hadn't come home and I'd gone to sleep, what could have happened..."

Doctor Ranj agreed: "It would have been very, very different."

Although Sue is on the road to recovery, she admitted it has been tough going. 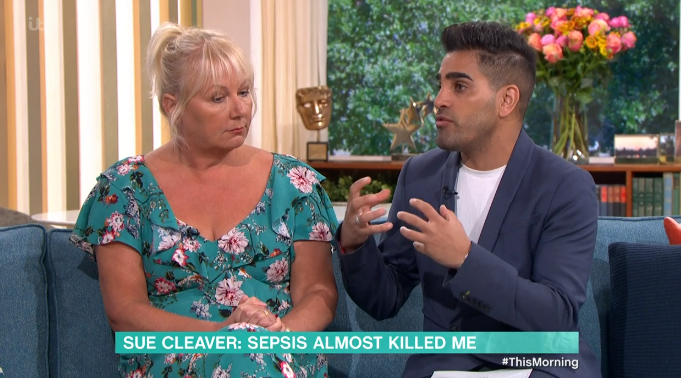 "My short term memory isn't good. I had to go back to Corrie to film a few scenes and it took me so long to learn the lines, so it's taken a little while for everything to get back to normal.

"It's taken me a long time to get better.

"I've had horrific nightmares, really strange nightmares, and also I don't have a sweet tooth at all and that's all I wanted for about three weeks, craving cakes, pastries, and custard."

Sue said that she's had plenty of rest and a holiday, and will return to work on Coronation Street soon.