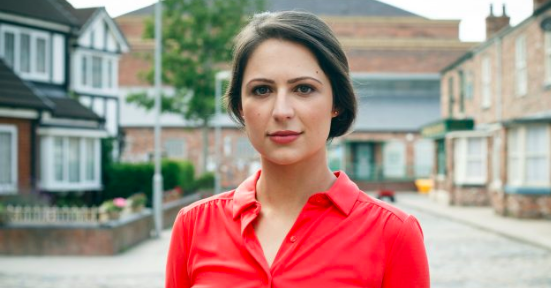 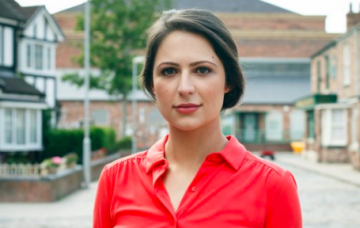 Nicola Rubinstein is making a shock return to Coronation Street.

The daughter of notorious cobbles serial killer will make her bombshell cobbles comeback just six months after fleeing for a new life in Bristol after the death of her evil father.

She was shot while trying desperately to stop him from getting near her own son Zak.

He memorably killed himself after being stabbed by Anna Windass in a bizarre attempt to frame her for his murder.

But those who witnessed the attack banded together to ensure Anna remained free for her brave actions.

Nicola later left the cobbles with Gary Windass’ son Zak for her new life and took Eileen Grimshaw with her.

But within a month Eileen had returned to Weatherfield leaving Nicola in Bristol alone to raise her son.

However it seems the southern climate hasn’t suited her and she will return too in the new year ready to face the street her father terrorised.

A soap insider told the Daily Star Sunday: “Over Christmas we’ll learn Gary Windass has gone to visit Nicola in Bristol because baby Zak is poorly.

Actress Nicola Thorp will begin filming later this month for her return with producers planning big stories for her.

Since leaving the soap she has returned to her campaigning work, working for women’s equality and famously clashing with Piers Morgan on Good Morning Britain over the subject.

The source added that the plan for Nicola is for her to keep visiting the show rather than a permanent return to the soap for her on-screen namesake.

Are you excited for Nicola’s cobbles return? Let us know what you think by leaving us a comment on our Facebook page @EntertainmentDailyFix!