Actress Lucy Fallon, who plays Bethany Platt in Coronation Street, has apologised to disgusted fans after her alter ego shared a kiss with Daniel Osbourne, who is married to dying Sinead.

In last night's episode of the ITV soap (October 21 2019) Sinead's family organised an early Christmas for her as she sadly won't live until the actual day.

However, Daniel and Sinead soon got into an argument after he told her she needed rest and everyone should leave. 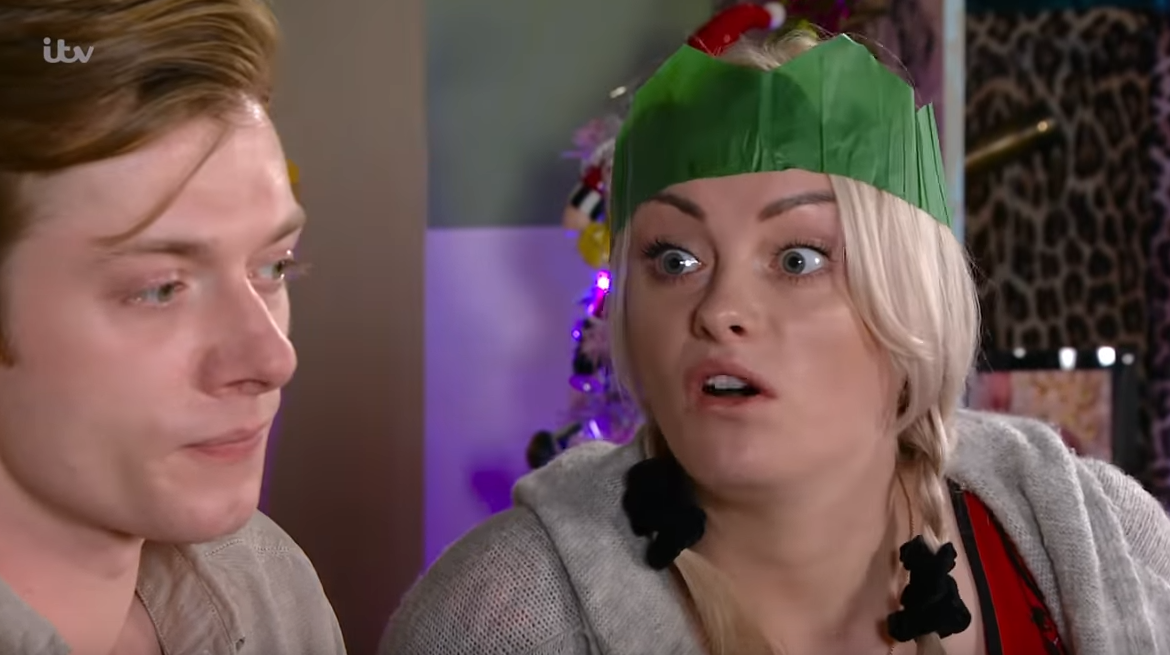 Daniel and Sinead had an argument (Credit: YouTube/Coronation Street)

Sinead told her husband to leave and he went to the ginnel where he broke down in tears.

It wasn't long before co-worker Bethany came along and tried to help her friend, who she has feelings for.

As she tried to calm him down, Daniel made a move on Bethany and kissed her.

At the time they were kissing, Daniel's dad Ken came round the corner and caught the pair.

He ordered his son back to the flat but of course looked absolutely furious as to what he had witnessed.

He wasn't the only one as fans were left raging at Bethany and Daniel for what they did.

Sinead is a true woman... beautiful, graceful, dignified, selfless. Bethany is nothing but a silly little girl. There is NO comparison #CoronationStreet #Corrie

I’m FUMIN with Bethany and Daniel not gonna lie....#corrie

What is Bethany doing my god 😳 #corrie

Put him down you opportunistic tramp Bethany #Corrie

Time and a place Bethany.

Hint: This ain’t it #Corrie

Bethany needs to leave Daniel the hell alone! His wife is dying of cancer and he's got enough going on! #Corrie @itvcorrie xx

#Corrie go and find someone your own age Bethany

Lucy, 23, has apologised for her character's actions.

Posting a picture to Instagram, she wrote: "Bethany called... she wants me to tell you she's sorry x."

bethany called... she wants me to tell you she’s sorry x

A third added: "We forgive you Bethany."