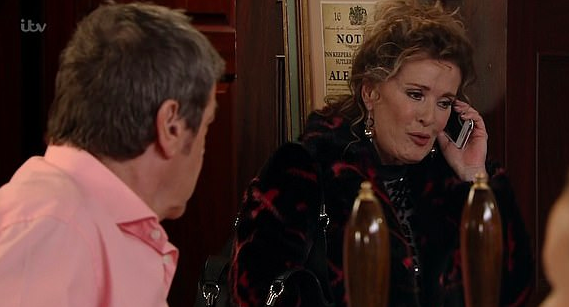 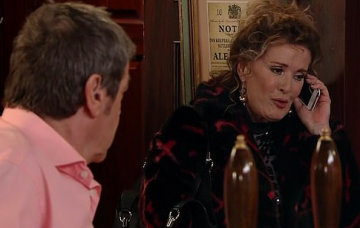 That's not how you use a phone, Liz!

The barmaid found herself having a serious phone conversation with the police during last night’s episode, but eagle-eyed viewers spotted a problem with it.

As Liz discovered from the police how her ex husband and his lover were not being held for setting her up on an escort website, there was something more telling going on.

Fans watched in hysterics as Liz took the news in a downcast manner – on an upside down phone.

Viewers know Jim and Hannah had nothing to do with putting Liz on the website but it was all overshadowed by Liz’s blunder.

One fan wrote: “Was Liz’s phone upside down then??”

A second said: “[Expletive] I’m such a phone nerd. Just paused Corrie because I saw liz ‘on the phone’ yet the phone was upside down! only I would sport that.”

Another added multiple laughing emojis with a screenshot of Liz speaking into the upside down phone.

Though while fans will be in hysterics now at Liz’s misfortune, reports suggest Jenny Connor’s revenge is going to get worse for her.

As well as setting her up on the website for Liz’s affair with her husband Johnny Connor, Jenny is going to become consumed with jealously and attack Liz.

It has been claimed Liz will be run over by Jenny at Christmas in not so festive scenes as the barmaid is mowed down on the cobbles.

Will it be a bloody Christmas in Weatherfield and will whoever finds Liz run over be able to use a phone to call for help?