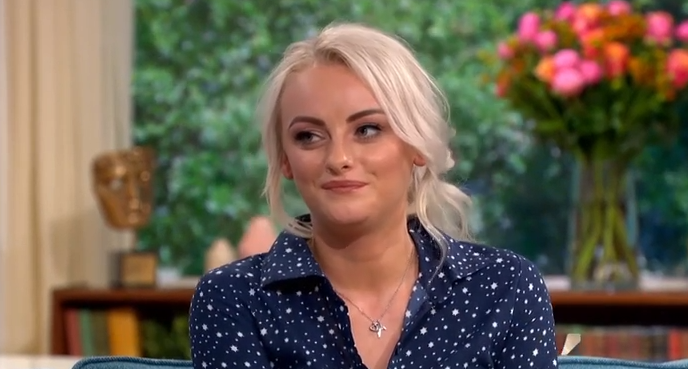 It was her decision

With Coronation Street‘s Sinead Tinker set to lose her battle with cancer, actress Katie McGlynn has revealed exactly why she felt the storyline had to end the way it will.

Speaking to Holly Willoughby and Phillip Schofield on This Morning on Tuesday (September 10) Katie explained that it was her choice to leave and it was also her choice for Sinead to die.

She said: “I initially had a meeting with Kate [Oates, then Corrie’s boss] and I said: ‘I think I might want to leave, I’ve not had that big of a story, I’ve been here so long and I’m at that point in my life’.

“And they told me this storyline and I was like this is amazing and I said: ‘please do this’.”

She continued: “Then, when we were talking about the ending of it, I was sat there and I said: ‘I want her to die’.

“I know it sounds very sadistic but I wanted her to die because that’s real life and real life isn’t a fairy-tale.

“So many women are affected by cancer and this storyline triggers so many emotions for so many people because it’s absolutely heartbreaking. So many people are dying of cancer everyday.”

Reports emerged at the weekend that Katie had been axed from the role, something she has already cleared up on Twitter.

But Katie confirmed to Phil and Holly that the decision to leave was hers: “I love everyone, everyone at Coronation Street is amazing,” she said.

“But I want to pursue other opportunities and I think if I didn’t take the risk I would regret it.”

Sinead will get the devastating news her cancer has returned and spread to her lymph nodes and liver on Wednesday September 10.

After being told she only has months to live she will face the prospect of more chemotherapy to prolong her life or spending those precious final weeks with her husband Daniel Osbourne and their baby son, Bertie.

Throughout the course of this storyline the soap has worked with charity Mummy’s Star, which Katie and her co-star Rob Mallard are now patrons for.

She told Holly and Phil: “Me and Rob have become patrons of it, we’ve worked very closely with them from the beginning.

“They are a small charity that helps women and family that suffer from cancer in and around pregnancy.”

The actress also told how the storyline has saved lives and that she couldn’t be happier about that.

“I’m in shock,” she said. “I’ve had so many messages and people have come up to me in person, so many woman have thanked me for doing this storyline.

“I’m not Wonder Woman, but you kind of are saving people’s lives because they’re going to the doctors and getting checked. It’s great.”