Julia posted the picture to her Instagram page which showed her and husband Ben Silver at a wedding.

Friends and co-stars were qucik to comment on the picture.

Julia and Ben, who got married in a secret ceremony back in February, announced they were expecting a baby in May.

Ben and I are delighted to announce that we are expecting our first baby at the end of this year! We are absolutely overjoyed and can’t wait to meet our little one! ❤️❤️❤️ #newarrival #babysilver

Julia joined Coronation Street as Shona Ramsey back in 2016.

At first David had no idea that Shona was Clayton's mum but eventually he found out the truth.

Despite not wanting anymore to do with her, he eventually gave their relationship a chance. 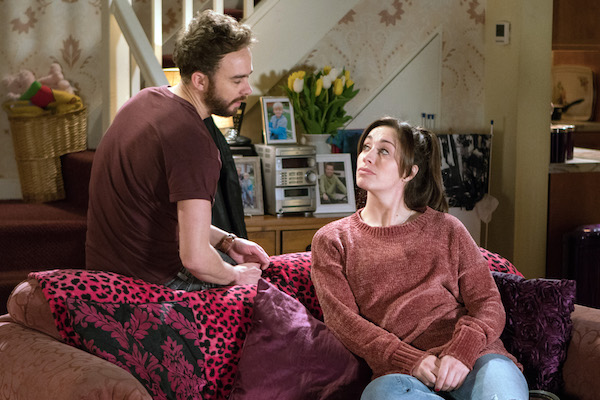 Currently David is in prison. Earlier this year, David's brother Nick stole £80,000 of their grandmother Audrey's inheritance money from Archie Shuttleworth to fund his purchase of the factory and pay for his divorce.

But when David discovered what his brother had done, he blackmailed him into buying the barber shop.

Nick came clean in court about what he had done but managed to escape prison having no previous.

However, as David was serving a suspended sentence for attacking Gary Windass last year, the judge had no choice but to send him to prison.