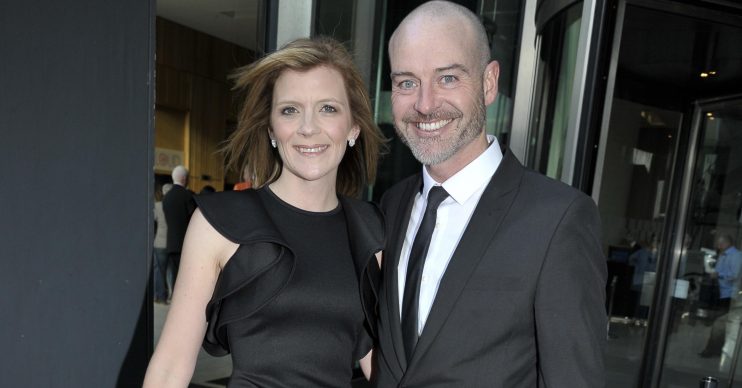 Coronation Street actress Jane Danson has shared a series of snaps with her husband Robert Beck to celebrate his birthday.

She wished her actor other half many happy returns with a gallery of photos posted to her Instagram account.

She captioned them: “Hats my boy, happy birthday,” with a love heart emoji.

As well as fans, plenty of Jane’s cobbles co-stars left comments on the snap, also wishing Robert a special day.

Jane and Robert first met a whopping 20 years ago and to mark the occasion back in May she shared a gorgeous throwback picture of them together.

Jane, who has been on the cobbles on and off for 22 years, has made no secret of the fact she had a crush on her husband, who used to appear in Brookside, before they even met!

“Years later, when we met for the first time, I was biting my tongue the whole time. I kept thinking, ‘Don’t mention the sticker!’ But there was no way I could keep it from him.”