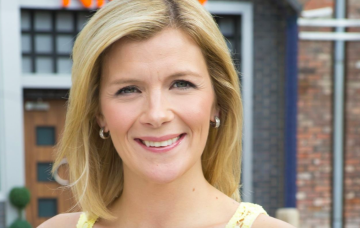 Before they 'swapped hair'

Jane Danson has shared an old cast photo from the set of Coronation Street – and fans can’t believe how young she looks in it.

The actress, 40, posted a throwback picture with co-star Georgia Taylor which prompted a wave of nostalgia from her followers.

In the snap, Jane and Georgia appear in character as on-screen sisters Leanne and Toyah Battersby.

Jane and Georgia’s characters first appeared in Weatherfield in 1997, and have been part of the ITV soap ever since.

The Street siblings were recently unwittingly involved in an awkward love triangle, when BOTH sisters began dating solicitor Imran Habeeb.

They soon worked out he was two-timing them, however, and kicked him to the curb!

Though Toyah took him back and Leanne is now back with her two-time ex-husband Nick Tilsley.