Corrie fans have been confused over Ali Neeson's drug addiction story - and now the actor playing him has spoken out to explain it.

The shock plot hit fans between the eyes this week as the doctor was revealed to have been a secret pill popper without anyone noticing. 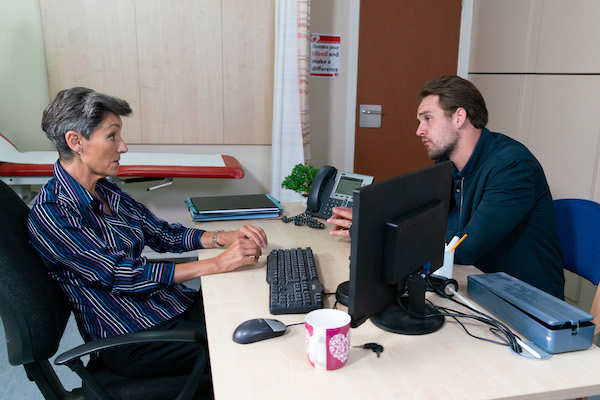 But that's exactly how the soap designed it with it revisiting Ali killing drug dealer Ronan last year.

Actor James Burrows explained: "He has been struggling and fighting these demons in his head for a while now, ever since the Ronan thing happened and he finds it difficult to talk to anyone so he starts to self medicate.

"He is very independent and private, he internalises a lot. He doesn’t have a lot of people he can trust.

"The flashbacks are making him anxious and he needs to relax to try and get through every day, so he starts taking different tablets to try and cope with his demons and to be able to do his job.

"Before you know it, he realises that he has become addicted." 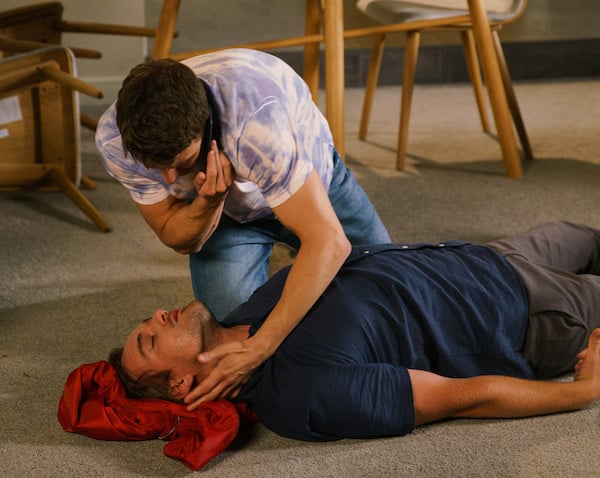 Ali will suffer a shock collapse as he goes through withdrawal (Credit: ITV)

But next week after the pharmacist supplying him gets arrested, Ali has to turn to Weatherfield's own Dr Gaddas to try and get his fix, but it goes wrong.

He added: "It’s probably not one of his best moves.

"He tries to say that he needs diazepam as he is not sleeping because of work, but she has suspected him in the past so she does not believe him.

"She refuses and he storms out, she recognises his behaviour for what it is, he has definitely not gone to the right person if he thinks he can pull the wool over her eyes."

But with him being on forced withdrawal, Ali later collapses and is found by Ryan who he convinces to help him get clean with the help of Robert.

Things never go smoothly on Corrie though and the doctor faces losing everything he's worked for.

Were you shocked by the plot? Leave us a comment on our Facebook page @EntertainmentDailyFix and let us know what you think!