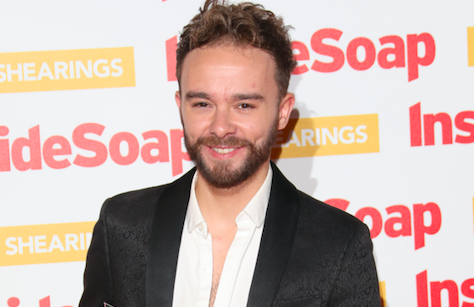 David Platt has been through more than most in his lifetime – and we can guarantee the Coronation Street character is set for much more in the future.

That’s because the actor who plays him has just signed up for another year on the ITV soap – taking him into his 20th year.

Jack P Shepherd, 31, has signed a new deal to stay on Corrie for another 12 months – which means he’ll be around for the soap’s much-anticipated 60th birthday next year.

A source told The Sun that Jack – who joined the famous soap in 2000 when he was just 12 years old – is a valued member of the cast.

They said: “Jack is a very good actor and the executives are delighted he’s on board for another year. He’s one of the best they’ve got.”

They continued: “They are planning a dramatic episode for the soap’s 60th birthday and need people with the talent of Jack to lift the performances of the rest of the cast.”

The newspaper also reports that Jack is now one of the highest earners on the ITV show thanks to his performances as David.

Jack is a very good actor and the executives are delighted he’s on board for another year.

He has been involved in some of the soap’s biggest storylines, including the murder of his wife Kylie in 2016.

Last year, David was raped by vile predator Josh Tucker in a devastating storyline which saw the character pushed to the brink of despair.

This year, he had the chance to seek revenge when they were both in prison together – but David was the bigger man and walked away.

An upcoming storyline to air over Christmas will see tragedy hit David’s family again, when his new wife Shona gets caught up in a deadly shoot out in Weatherfield.

Reports say she is left in a coma, after being shot.

In reality, actress Julia Goulding is on maternity after welcoming her first child.

Here at ED!, we have contacted a Corrie spokesperson for comment.

Are you glad Jack P Shepherd is staying on Corrie? Leave us a comment on our Facebook page @EntertainmentDailyFix and let us know what you think!