Jack, who plays David Platt on Corrie, posted the picture showing Ryan wrapping his arms around him and kissing him on the cheek to his Instagram page.

Very special evening at @ryanthomas84 and @lucymeck1 engagement party thank you both for the invite. Loved it! 🤘🏻🖤

Jack captioned the picture: "Very special evening @ryanthomas84 and @lucymeck1 engagement party thank you both for the invite. Loved it!"

Ryan commented on the picture: "Love you bro."

Very special evening @ryanthomas84 and @lucymeck1 engagement party thank you both for the invite. Loved it!

Another put: "Looked a great party!"

Jack and Ryan worked together on Coronation Street. 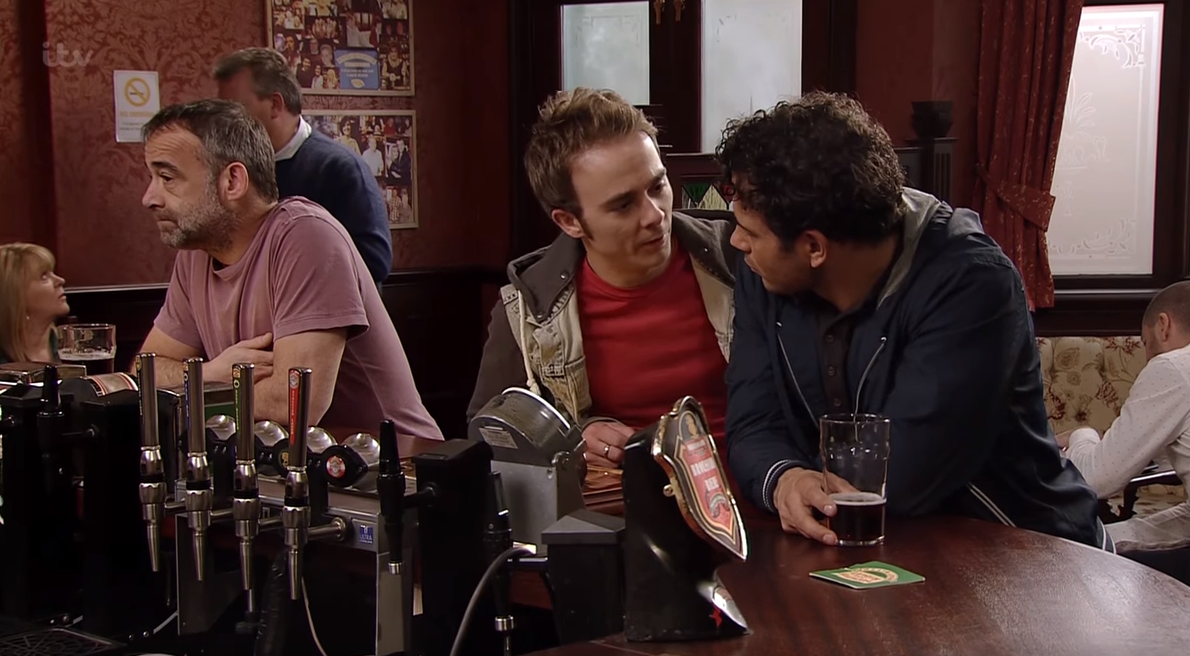 David and Ryan were in Coronation Street together (Credit: ITV)

Ryan left the cobbles in 2016 when Jason left for Thailand after being manipulated by Pat Phelan.

Jack's character David is still on the soap but is currently in prison for helping his brother Nick Tilsley spend their grandmother Audrey's £80,000, which Nick stole.

Since leaving the soap, Ryan went on to do Celebrity Island with Bear Grylls where he met former The Only Way Is Essex star Lucy Mecklenburgh.

Ryan also appeared in the 22nd series of Celebrity Big Brother which he went on to win.

Ryan proposed to Lucy last month and announced their engagement.

In an Instagram pic Lucy can be seen kissing Ryan, 35, and flashing a sparkly engagement ring.