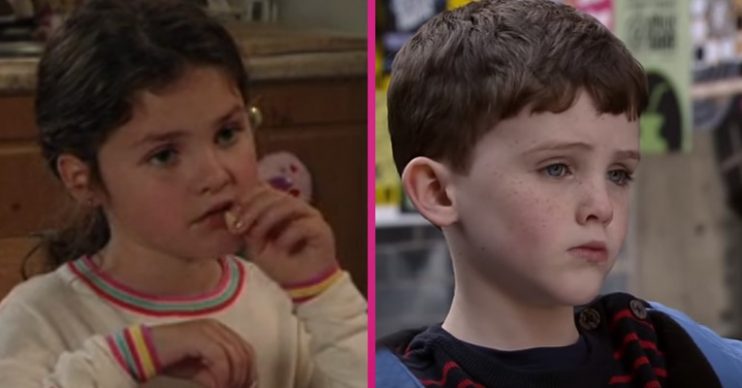 The twins turned nine over the weekend

Isabella and William Flanagan, who play Hope Stape and Joseph Brown in Coronation Street, look adorable in a baby picture to celebrate their ninth birthday.

Their mum Rachel posted the picture to her Instagram account of the two lying side by side as babies.

And just like that tomorrow you will be 9……❤️

Fans rushed to wish them a happy birthday.

A second commented: “Happy birthday. Hope they have a lovely day.”

A third said: “Happy birthday to you both.”

The twins joined Coronation Street in 2017 as cousins Hope and Joseph.

Joseph is the son of Chesney Brown and the late Katy Armstrong, and he recently became big brother to four babies, Aled, Bryn, Llio and Carys.

Although at first he worried his dad wouldn’t have time for him, Chesney assured him he would be there for him, but the quads will need their big brother.

Joseph soon took to them and wanted to help.

Meanwhile Isabella’s character Hope has been taken into foster care as her older half-sister Jade, who has been her live-in tutor, reported Hope’s mum, Fiz, for abusing Hope.

Jade was hiding the fact she is John Stape’s daughter and has been plotting to get custody of Hope.

Will Fiz and Tyrone be able to get their daughters back?