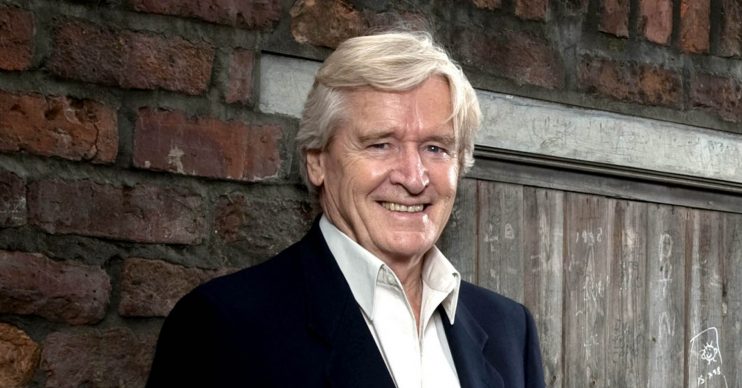 Legend of Coronation Street Bill Roache will not be leaving the show – in fact he wants to stay for at least another ten years.

The Ken Barlow actor has played his character for almost 60 years making him the longest-serving actor in a television show of all time.

But with the news last week that Ken is planning to sell up and move to a luxury retirement village with girlfriend Claudia Colby, fans were worried that he would be leaving.

That isn’t the case with a source telling The Sun: “He’d love to be on Corrie for another 10 years if his health allows.

“He is particularly excited at this new chapter. He is still very keen to be at the centre of the big storylines, even if he will be living a bit farther away from the cobbles.”

The source added: “Bill is a massive part of the show. Viewers still love him and he is central to its future.”

Bill, 87, himself previously told how he was aiming to be the first actor working in a serial drama aged 100.

He told Lorraine in 2018: “I’ve been in it for 58 years. I’m in the Guinness Book of Records. I’ve got the MBE for services to television.

“My goal now is to be the first centenarian still working in a serial. I think they want me as well. I’m very lucky to have the job.

“I really appreciate the job and I love it very much.”

The new storyline will see Ken move off the cobbles into the living facility with Claudia where he reunites with old pal Norris Cole.

Moving into Still Waters, Ken will be delighted to find Norris and his wife Freda, Emily Bishop’s niece, living there and enjoying their luxury surroundings.

It is expected that the retirement village plots will allow the soap to show the reality of life for many elderly people once they’ve left the homes they raised their families in.

The soap will celebrate its 60th anniversary later this year in December.

Are you happy Ken will remain on screens? Leave us a comment on our Facebook page @EntertainmentDailyFix and let us know what you think!