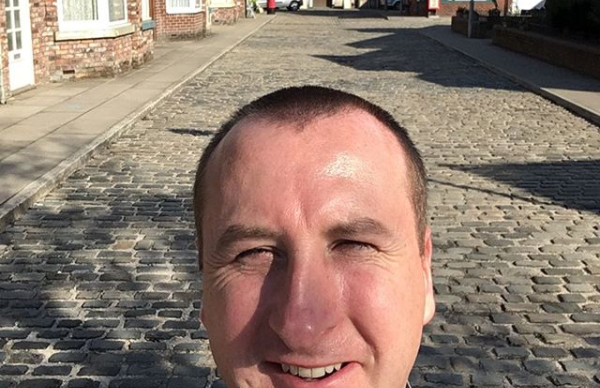 He plays Kirk on Coronation Street

Corrie actor Andy Whyment has shared a picture with his family after they had to pick their two children up early from school.

Andy, who plays Kirk Sutherland in Coronation Street, posted a picture of his wife Nicola and their children Thomas and Hollie out for lunch.

Andy and Nicola recently celebrated their 12th wedding anniversary and Andy shared a picture from their wedding day.

Andy joined Coronation Street back in 2000.

His character Kirk is the brother of Maria Connor.

Kirk is also married to Beth Tinker and is the stepfather of her son, Craig.

Currently Kirk is off screen as he was scouted to do a comedy tour with his music.

After disaster struck at Sinead Tinker’s baby show, Kirk sang a song called ‘Our Souls’ to calm everyone down.

Discovering his passion for music, Kirk went on to perform at the Rovers talent show where he was scouted to do the six week tour.

Andy once auditioned for The X Factor as Kirk Sutherland for an ITV special Coronation Street: The Big 50, celebrating the soap’s 50th anniversary.

He sang Kings of Leon song Sex on Fire.