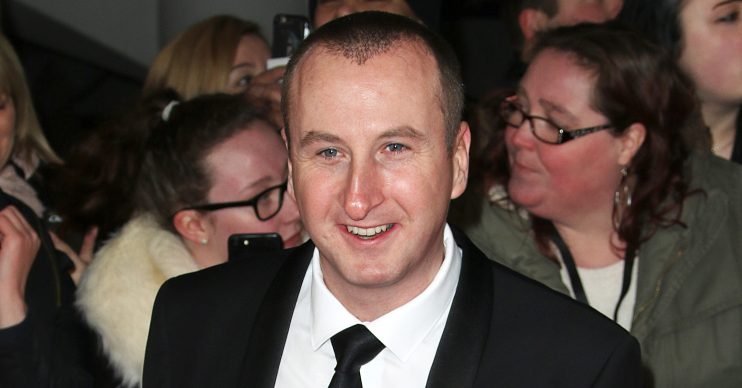 Soaking up the sun in Kos

Andy Whyment, who plays Kirk Sutherland in Coronation Street, has shared two sweet pictures of his family on holiday.

They’re currently soaking up the sunshine on the Greek island of Kos and the second snap in the gallery shows him with his wife, Nichola and their children Hollie and Tom.

The first pic shows Andy having a drink in a taverna with some friends.

He captioned the snaps: “Kos Town,” with a series of sunshine and beer emojis.

Fans were quick to comment with many saying: “Lovely photo,” and others wishing them an amazing holiday.

One person even commented that they’d just seen him in the bar he was drinking in!

It seems most of Soapland is on holiday at the moment, with Andy’s on-screen sister, Samia Longchambon, aka Maria Connor holidaying with her family on a luxury yacht.

Elle Mulvaney (Amy Barlow) has also shared some sophisticated snaps of her hols recently, and Alexandra Mardell (Emma Brooker) has been in Verona with her boyfriend.

Emmerdale co-stars Eden Taylor-Draper and Isobel Steele have been travelling together, and EastEnders’ Clair Norris has also been soaking up the sun in Cyprus.

Jake Wood (Max Branning) has been in Dubai with his family, and Tilly Keeper (Louise Mitchell) and Jamie Borthwick (Jay Mitchell) have been in Ibiza.

With soaps filmed roughly eight weeks in advance, we can guess none of these characters will be in storylines in two months’ time!

Andy recently shared a picture with his family after he had to pick their two children up early from school.

Power cut at school so had the pick the kids up, making the most of the kids being off with a Tai Pan, Tom and Hollie are well made up 😀👍🏻

The clan were out for lunch after a power cut closed the kids’ school for the day.

Andy and Nichola recently celebrated their 12th wedding anniversary and Andy shared a picture from their wedding day.

Andy is celebrating 19 years on the cobbles this year after joining Coronation Street as Kirk back in 2000.

Kirk is married to Beth Tinker and is the stepfather of her son, Craig.