Viewers of Coronation Street have said they are complaining to Ofcom about a recent storyline which saw No.5 set on fire with Gemma Winter and her four babies inside.

In last night's episode of the soap (January 20 2020), the mum-of-four decided to take a nap with her children whilst her fiancé Chesney went out to the shops.

However as he was out, a stranger wrote the word "paedo" across the living room window before pouring petrol through the letter box and lighting a rag on fire. 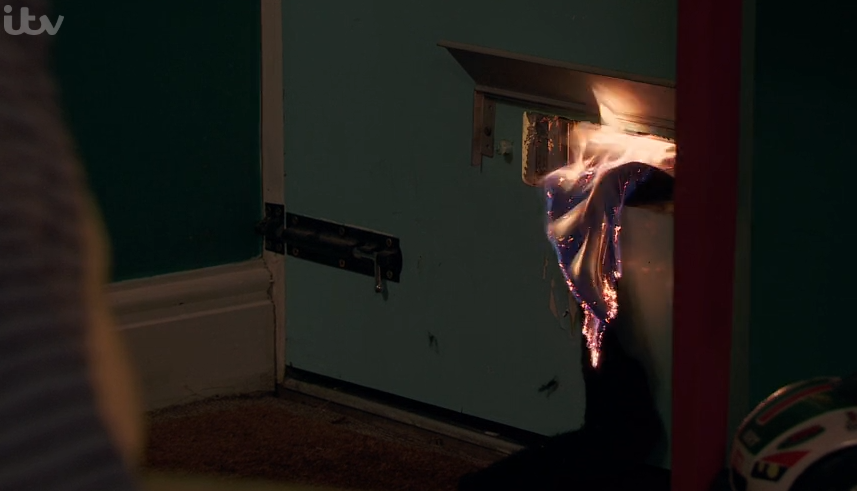 Someone set fire to No.5 Coronation Street with children in the house (Credit: ITV Hub)

Luckily Chesney returned in time and saw the fire.

Abi Franklin managed to put it out and the babies were taken to hospital to be checked over.

However viewers were not impressed by the storyline, comparing it to the devastating arson attack which claimed the life of Michelle Pearson and her four children in Walkden, Salford, in the Greater Manchester area in 2017.

Michelle was seriously burned in the attack that killed her four children Demi, Brandon, Lacie and Lia. 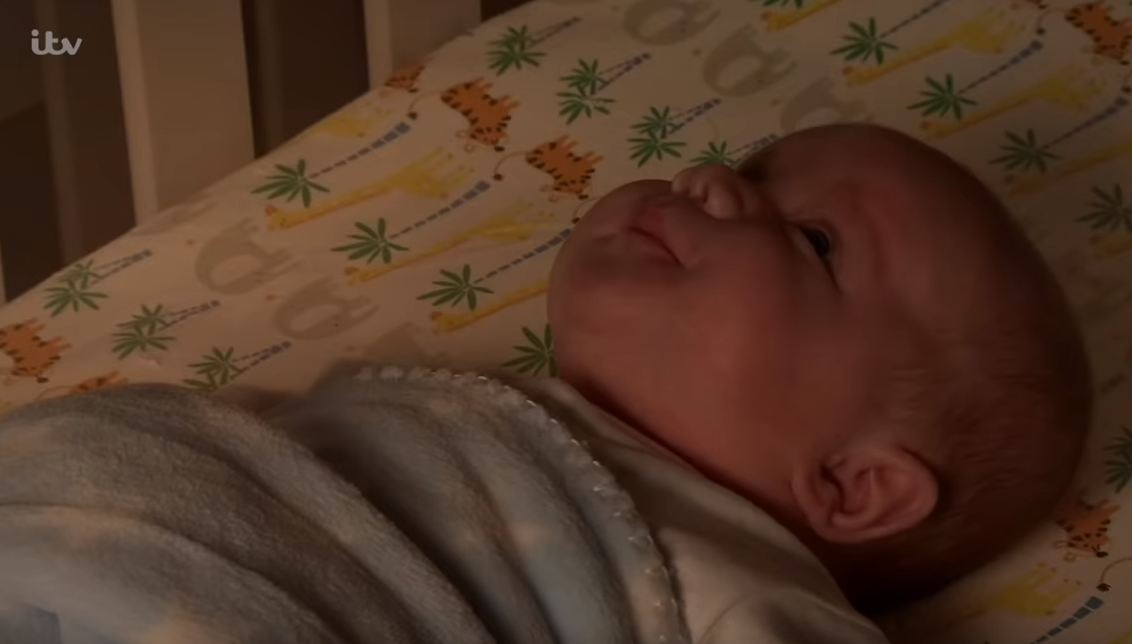 Gemma's children were taken to hospital after the fire (Credit: YouTube/Coronation Street)

Michelle was rescued by firefighters and rushed to hospital where she was placed in an induced coma.

Sadly, 20 months after the fire, Michelle also passed away from her injuries.

Viewers also compared it to the case of Mick Philpott, who was convicted of killing his six children, Jade, John, Jack, Jesse, Jayden and Duwayne at his Derby home in 2012 after setting it on fire.

Five of the children died at the scene and Duwayne died two days later in hospital.

@ITV Hi guys, the story of someone deliberately setting fire to a house full of children-did you get your inspiration from that scumbag Mick Philpott?? What a horrendous storyline, you should be ashamed. #Corrie

#Corrie to people saying it's just a soap/it's not real .. The Philpott children weren't actors, they were very real.. They died in their beds in a house fire, set through the letterbox.. If you think this is acceptable then I suggest you check your moral compass! 😒

#Corrie sorry but this soap is shocking gone from a good soap to a murder and abuse programme. That fire storyline is gone to far kids up watching that. It's shocking that they would do something like this

Not comfortable watching the fire with babies in the house #corrie

#Corrie you've gone too far! How dare you show something as evil and reckless as someone setting a fire, do you know how many people this has affected, this really is a storyline too far.. Shame on you 🤬

Viewers also felt the storyline showed people how to set fire to a house.

Many tagged broadcasting regulator Ofcom and said they would be complaining to them.

@itv You should be thoroughly ashamed of using that explicit arson story line in #corrie tonight. It's meant to be a soap , not a guide to 'how to kill a family'. Made me feel sick. @Ofcom complaint incoming.

How irresponsible of #corrie to show imbeciles how to set a house on fire, which echoes a recent real life case in Manchester when a whole family were wiped out. All this for viewing figures... Need reporting to ofcom.

This HAS gone TOO far NOW!! @Ofcom

Soaps are so irresponsible these days, I'm so sure criminals get ideas from them. They didn't need to show exactly how to ensure a proper fire or such a morbid storyline! 🙄 #Corrie

@ITV @Ofcom @itvcorrie @JeremyVineOn5 @theJeremyVine @StormHuntley The setting of a house fire, through a letterbox, with babies in the house is NOT entertainment! It's horrific. https://t.co/Bzjfct7QaP

@itvcorrie you’ve just gone too far. Setting fire to a house with 4 babies in? What the hell?! I’m reporting you to @Ofcom take action!!

A spokesperson for Coronation Street said: "Coronation Street has never shied away from tackling difficult issues and the vigilante attack in this week's episode highlights the dangers of individuals taking the law into their own hands rather than leaving such matters to the proper authorities."

ED! has contacted Ofcom for confirmation of complaints.