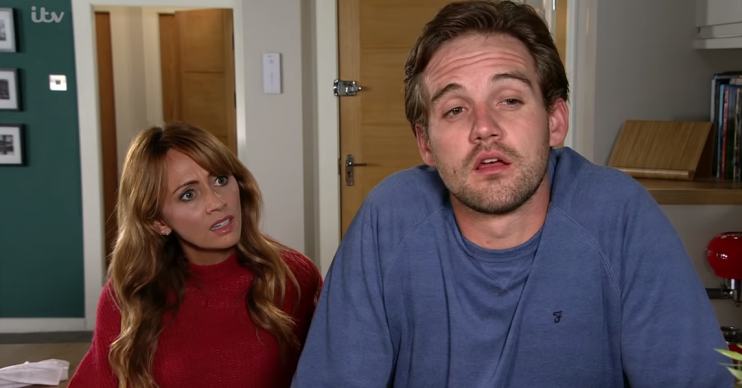 Viewers of Coronation Street have predicted Ali Neeson is the father of Maria Connor’s unborn child.

Fans of the show know Maria and Ali were a couple until he ended their relationship.

Maria quickly moved on with Gary Windass and in last night’s episode (December 9 2019) she told her new boyfriend that she’s pregnant with his baby.

She also explained that it was definitely his baby she’s carrying and they must’ve conceived the night of the circus, a couple of weeks ago.

Excited about having a baby, Gary soon started splashing the cash buying Maria a 4×4 and arranging for them to view a flat in Victoria Court.

She told Ali that Maria was having a baby and viewers have predicted Ali is actually the baby’s father.

I dont think gary is the father of Maria's baby the dates dont add up ??? #Corrie

I feel they might….. I bet the baby is his #Corrie

The baby isn't Gary's is it? #Corrie

Ali and Maria split up a couple of months ago as the doctor was struggling with addiction.

Whilst looking after Maria’s son Liam, Ali put a pizza in the oven and then fell asleep due to the pills he was taking.

This led to the fire alarm going off and Gary and Maria having to break into the flat to help.

Realising his mistake put Liam in danger, Ali told Maria that he didn’t want to be with her any more and hid his addiction.

Although he has made it clear to her that he regrets ending their relationship, she’s moved on with Gary.

Do you think Ali is really the father of Maria’s baby? Leave us a comment on our Facebook page @EntertainmentDailyFix and let us know what you think!