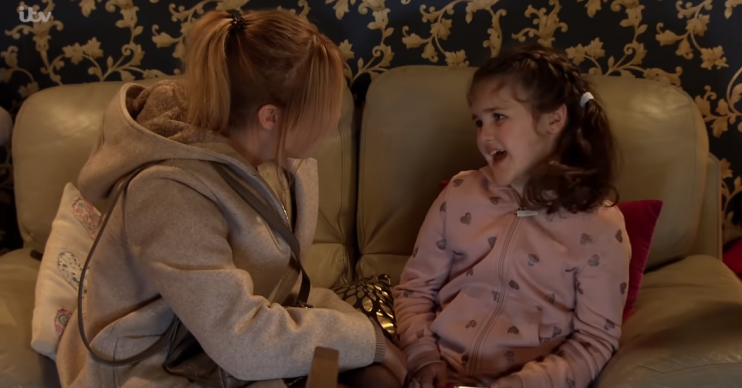 Unbeknownst to Fiz, Jade and Hope are related

Viewers of Coronation Street have noticed that Jade made a huge error in a recent scene with Hope.

When Jade gave her secret half-sister a mobile phone, she forgot one crucial element…

In Friday’s episode of the ITV show (November 9 2019) Fiz and Tyrone learnt that Hope could return to Bessie Street school, meaning that they no longer needed Jade.

When Fiz broke the news to Jade, Jade made sure she could stay in contact with her half-sister.

As Fiz, Tyrone and Evelyn went out for a drink, Jade went out but soon returned with a mobile phone for Hope calling it an “early Christmas pressie.”

Jade told Hope she needed to keep the phone a secret as Fiz and Tyrone had asked her to move out.

She also told the little girl to keep her new secret phone on silent, keep it charged up and to always hide it somewhere safe.

However viewers spotted that Jade only gave Hope the phone and not a charger.

Where is the charger? #Corrie

#Corrie You need to buy her a charger too, Jade.

Viewers know Jade is out for revenge on Fiz and have seen the tutor put make-up bruises on Hope and take pictures of them.

But will Fiz ever learn Jade’s real identity?