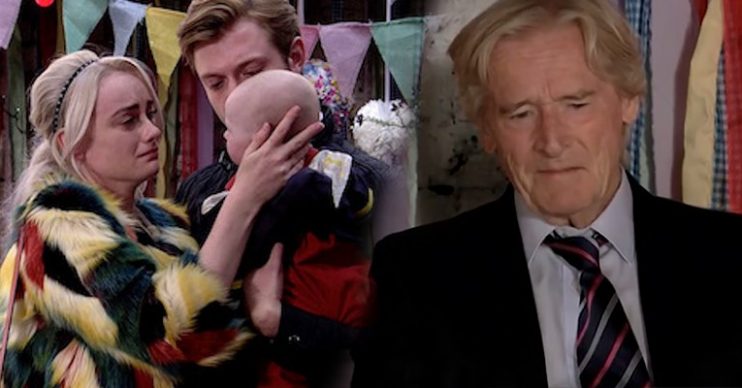 His daughter in law is dying

Viewers of Coronation Street have been left ‘broken’ by Ken’s monologue about Sinead Tinker.

In last night’s episodes (October 9 2019) Sinead and Daniel received the devastating news that she wasn’t responding well to chemotherapy and they would be stopping her treatment.

She was also told she only had weeks left to live instead of months.

Daniel told his wife that her aunt Beth had organised a first birthday party for their son Bertie as they knew she would no longer be around for his actual birthday.

However when Sinead arrived at the party, she couldn’t keep the news from her family and told them about her diagnosis.

When she left the Rovers, Ken announced the devastating news to everyone.

Later, he went and sat alone with Liz in the Rovers garden and spoke about the his relationship with Daniel and Sinead’s illness.

As he talked about baby Bertie not getting to know her, the camera panned over her friends and family taking in the heartbreaking news.

He ended the speech by saying Sinead was “the best thing that ever happened” to Daniel, before breaking down in tears.