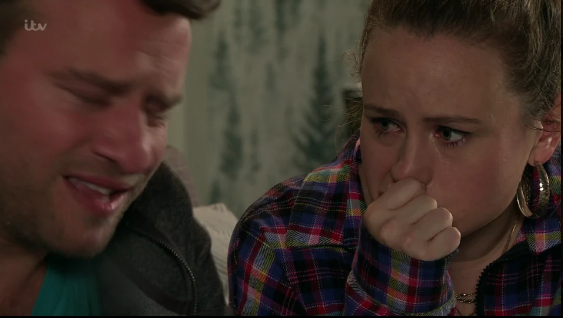 He opened up to Bernie and Gemma

Viewers of Coronation Street were reduced to tears as Paul revealed the full horror of Kel’s abuse in Friday’s episodes (November 22).

He finally opened up to his family after mum Bernie and sister Gemma found topless photos of him as a child, and other boys’ pictures, in Kel’s flat.

They had broken in suspecting the security guard was behind the burglary at Daniel’s flat, while everyone was at Sinead’s funeral.

First they found Daniel’s laptop and then the incriminating images.

Bernie was beside herself as the penny dropped and, when she confronted Paul about it, was sickened by the full details.

Paul recalled how the grooming began when he and Kel went away together without her and Gemma.

He tearfully revealed that Kel gave him lager and asked him to model for pictures with his top off.

Paul noted how his then-stepfather figure would always say thank you after he’d abused him, and heartbreakingly spoke of how he loved him and felt special at the time.

The factory worker then turned on his mother, blaming her for not noticing what was going on under her roof.

At the end of the episode, Bernie went to the police station declaring she wanted to report the historic abuse of her son.

One wrote on Twitter: “Peter Ash has made this heartbreaking, what an actor.”

A second said: “That monologue from Paul there was some outstanding, gut-wrenching, heartbreaking acting.”

A third echoed with: “Paul is breaking my heart, well performed.”

Next week Kel is arrested, after being confronted by Bernie.