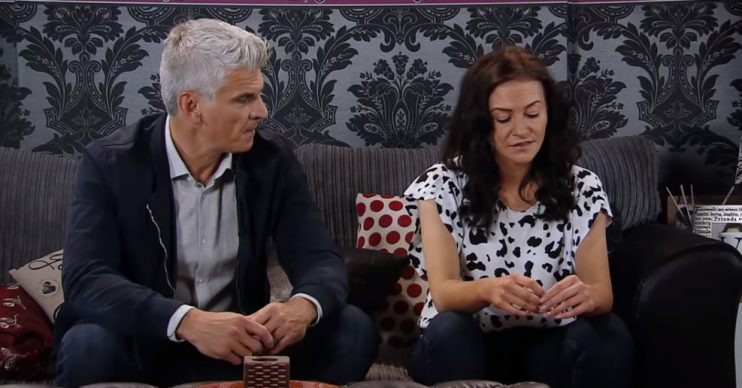 Michelle lost her son Rauri in 2017

Viewers of ITV’s Coronation Street are not happy with the latest pregnancy storyline involving Robert Preston and Vicky Jefferies.

Corrie viewers first met Vicky last year when her son Tyler was terrorising Simon Barlow after he left his gang.

She returned again in January 2019 after Tyler got Simon’s cousin, 14-year-old Amy Barlow, pregnant and in April, when Gary Windass showed up to her home to collect her debt for Rick Neelan.

Last week, viewers were shocked when Robert went to Vicky’s house after he had just got back together with Michelle Connor.

The chef had been in a secret relationship with Vicky and he went to break things off. But there was a twist – Vicky is pregnant.

Oblivious to the baby news, Robert planned a surprise engagement party for him and Michelle where he was going to propose to her.

As he waited for Michelle outside the Bistro, Tyler confronted Robert for dumping his mother whilst she was pregnant, however, Robert had no idea and was shocked to hear the news.

Robert turned up late to the party and Michelle had already seen the hidden engagement balloon.

She accepted his proposal and he told everyone he was mugged to explain the cut lip Tyler had given him.

Viewers aren’t happy with this ‘stupid’ storyline and have called it ‘recycled’.

Let me know when your writers come up with something original, instead of this old recycled crap.

Michelle and Robert originally split up a couple of months ago due to the fact he wanted children but she didn’t want anymore after the loss of her son, Ruairi.

Michelle, who has adult sons Ryan and Ali, was previously married to Steve McDonald.

Michelle also fell pregnant but ended up giving birth to her son at just 23 weeks.

Her baby, Ruairi, was underdeveloped and died moments after his birth.

A month later, Leanne gave birth to baby named Oliver and Nick Tilsley’s family believed he was the father.

Shortly after Oliver’s birth, they all celebrated the new arrival at the Bistro and Steve ended up holding Oliver and revealed he was his father, leaving Michelle heartbroken.

What do you think of this storyline? Leave us a comment on our Facebook page @EntertainmentDailyFix and let us know.