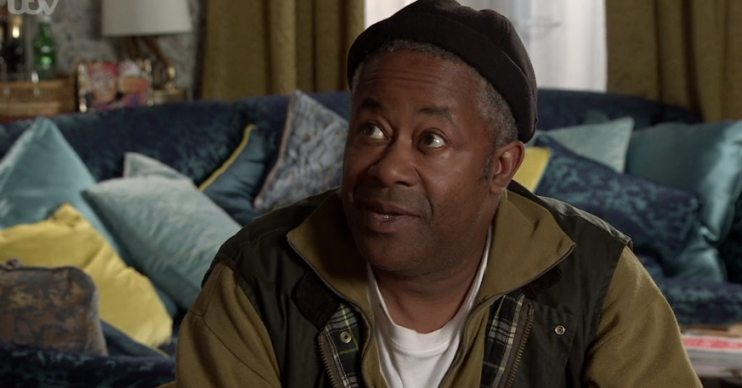 Ed has a very deep voice!

Viewers of Coronation Street have been left distracted by Ed Bailey’s voice in recent scenes.

The Bailey family first landed on screen in June this year with Ed as the head of the clan.

Ed and his wife Aggie have two sons, Michael and James.

In last night’s episode of the soap (November 20 2019), Ed was curious where James was after he didn’t come home, and assumed he had spent the night with his ‘girlfriend’ Bethany.

However viewers, who knew where James had really been, were more interested in Ed’s voice!

In a Digital Spy forum one viewer wrote: “Okay, here is your script for the week. Oh by the way we want you to speak in a completely different voice.”

A second said: “It was very deep but also weird. It made me think of Bob Fleming from the Fast Show, Ed just really, really needed to cough.”

A third added: “His voice fascinates me.”

Some Twitter users felt the same and have also been distracted by his voice over the last few months.

Ed's got the weirdest voice #Corrie

Here is a clip of Ed’s voice for those of you who haven’t heard it.

Since the arrival of the Bailey family, viewers know they have been keeping secrets from one another.

It was revealed they had had to move to Coronation Street as they got into a lot of debt.

However Aggie believed their son Michael lost the money, but it later was revealed that Ed was the one behind it.

Viewers have also seen their youngest son James struggle to tell his father that his is gay.

Although Aggie and Michael both know, James didn’t want to tell his dad for fear he wouldn’t accept him.

James opened up about his sexuality to Bethany Platt after she tried to kiss him and she has been acting as a fake girlfriend ever since.