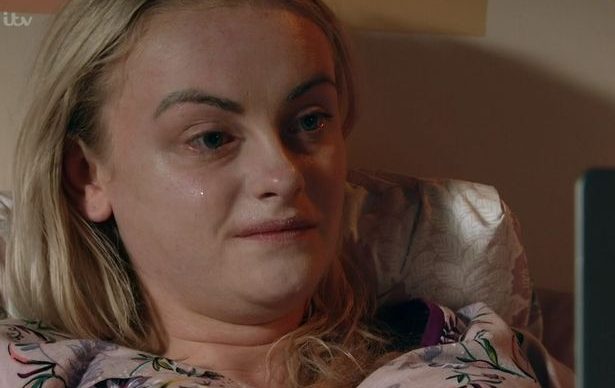 Too little too late?

Viewers of Coronation Street are have been left in pieces after tonight’s episode (October 25 2019).

Sinead lost her life to cancer, as her family and friends gathered together to support each other.

But some weren’t too happy with her mum and nan’s appearance.

Viewers had been furious this week that her mum hadn’t been with her, but tonight we saw her return to the cobbles as Sinead’s condition got worse.

Sinead has been battling cancer since last year when she was diagnosed whilst pregnant with her son Bertie.

Although she was told earlier this year her tumour had shrunk, she soon discovered a lump on her neck.

It was later confirmed that her cancer had spread and she didn’t have much longer left to live.

In tonight’s episode, viewers saw Sinead say her goodbyes to everyone as she knew her time was coming to an end.

Sinead heartbreakingly asked Daniel to call her mum, who arrived on the cobbles to see her daughter.

After Sinead’s family reminisced about her childhood, Arlene apologised to Sinead as she felt she had been a bad mother.

Sinead reassured her mother that she had a wonderful childhood, before later passing away with Daniel and Bertie by her side.

While some viewers were happy to see that Arlene returned to see her daughter before she died, others were disgusted it had taken her so long to appear.

Oh nice of sinead’s mum to show up #Corrie

When Sinead said "I think you should call my mum" I bellowed "FINALLY!" #Corrie

Oh nice of sinead’s mum to show up #Corrie