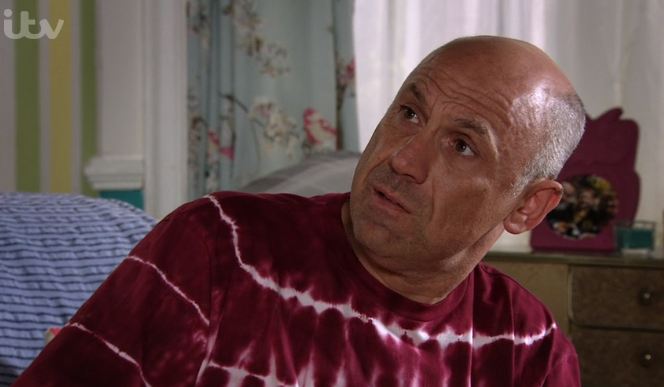 Kel groomed Paul when he was 14 years old!

Recently Gemma and Paul’s stepdad Kel came back into their lives and ever since it’s been obvious Paul has been struggling with his return.

Viewers soon discovered that Paul had been groomed by Kel when he was a child, however, Paul had been manipulated into believing that the “relationship” was consensual.

In last night’s episode (September 30 2019) Paul showed Kel a picture of them both from when Paul was a child and said he realised just how young he was.

As Kel realised that Billy knew the truth about him and Paul, he panicked and said: “That was a really bad idea telling him that.

“Billy can say what he wants, but he doesn’t know ’cause he wasn’t there was he?”

When Paul replied no, Kel tried to justify what he did to Paul.

He said: “And did you tell him you’d already been with other lads before we met?”

Paul replied “yeah” and Kel continued: “And did you tell him you were 14 going on 20 back then? Yeah you were always really mature for your age. Everyone said so.”

Viewers were disgusted with Kel as he tried to justify grooming his stepson when he was just a child.

Kel disgusting abuser. He was 14.#Corrie

That Kel, creeps me right out. He’s still talking like an abuser #Corrie

Later, a drunk Paul made a move on Kel but when he rejected him, Paul was horrified to realise Kel only liked him when he was a young boy.

The pair soon got into a fight and Paul ended up putting his step-dad in hospital.