Viewers of ITV's Coronation Street are convinced that Gary Windass is behind the Underworld factory roof collapse.

Last night, loan shark Rick Neelan had Gary tied up and was preparing to take the builder's life after he realised Gary's ex-girlfriend Sarah had broken into his office and taken Gary's passport back. 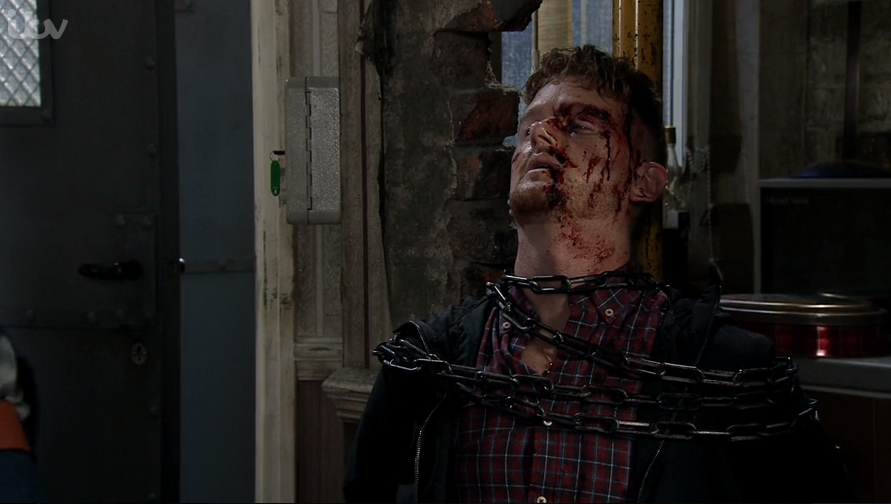 After Rick's employee Sharon couldn't face being part of Rick's awful plan, she decided to leave and Rick told her to keep quiet.

Rick ended up being called away on business and as he left, Gary managed to knock the phone on the desk off onto the floor and call Sarah.

Annoyingly for Gary, Sarah, whose phone has gone missing, obviously didn't answer the call and it went to voicemail. 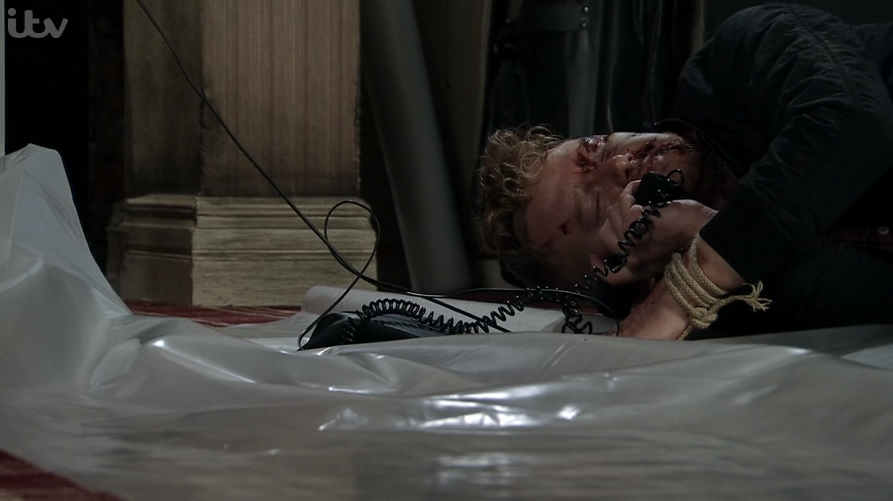 Gary left her a message saying: "It's me, look I've not got long. I've got myself in a mess and I'm not getting out of it, not this time. But I love you Sarah and I'm so sorry for everything that I've put you through.

So Gary caused the roof collapse and it will only be discovered when Sarah checks her messages.

"But listen don't go home okay? Rick's coming after you and you'll need to tell the police what he's done to me. And there's something else..."

Gary didn't say what the "something else" was but viewers are convinced he is the Underworld factory roof saboteur.

So it was Gary all along then #Corrie #CoronationStreet

I’m wondering if that “something else” Gary had to mention to Sarah was him confessing he sabotaged the factory roof? I hope not. The way Nick’s been acting, I’d like it to be him tbh. #corrie

oooooh is gary the saboteur then? 😜 #corrie

@itvcorrie Did Gary give a dying confession via Sarah’s voicemail to
sabotaging the factory roof........? 🤔 #Corrie

Others think this could be a red herring...

If the roof saboteur and the new villain are two different people, I would tip my hat off to Coronation Street. That would be a great twist that everyone so desperately wants#corrie pic.twitter.com/Ry27pqHYlf

Is Gary’s message to Sarah a “red herring “. Maybe it wasn’t a confession about him sabotaging the factory roof but him telling her that it was Rick who did it, to punish/frame him for not paying the money back in time. #CORRIE

As Rick returned, he grabbed a golf club and went to swing but was stopped by a banging on the door.

Luckily for Gary, it was the police. Rick exited the room and Gary began to crawl towards the door.

Rana was killed when the factory roof collapsed (Credit: ITV)

The Underworld factory roof collapsed back in March taking the life of Rana Habeeb on her wedding day to Kate Connor.

It was confirmed the roof had been sabotaged, but by who?

The three main suspects are Gary, Nick and Robert and we're set to find out the truth on Friday May 31.

Who do you think sabotaged the factory roof? Leave us a comment on our Facebook page @EntertainmentDailyFix and let us know what you think!