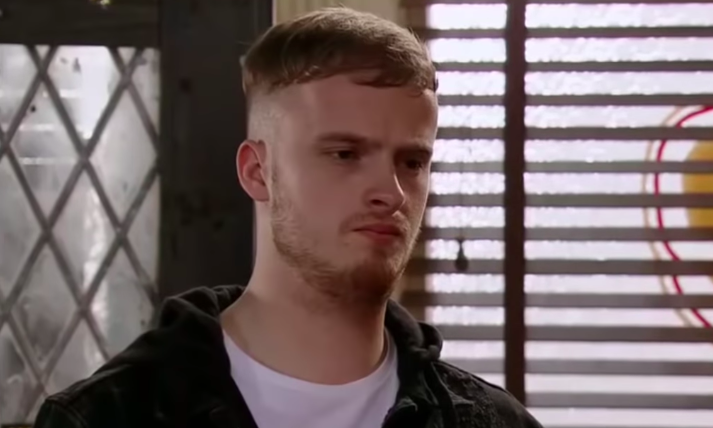 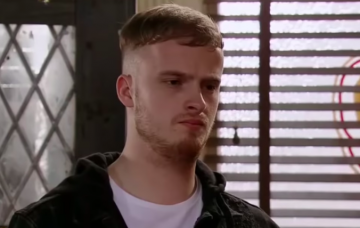 The teenager will soon fall pregnant with the thug's baby

Coronation Street is lining up a horrific development in Amy Barlow’s teen pregnancy when thug Tyler threatens her to have an abortion.

Amy is going to be faced with a choice of having a termination or seeing evil Tyler, the father of the baby, viciously assault her cousin Simon Barlow and put him in hospital.

According to The Sun Online a source revealed: “When Tyler finds out Amy is pregnant with his baby and isn’t going to have an abortion he tries to scare her into having one.

“Him and his thug mates threaten to put Simon Barlow in hospital if he doesn’t help convince her to abort the baby.”

He exacted his revenge with a terrifying campaign of intimidation which also saw Peter shot in the belly with a paintball gun that looked like a real firearm.

And Tyler’s disruptive mother Vicky has also been responsible for bringing grief into the Barlow clan after she wangled herself a job at Underworld despite being an appalling worker.

He somehow manages to seduce underage Amy and she is horrified when she discovers she is pregnant.

The Sun also claims 14-year-old Amy will plead with her mum to adopt the newborn when it arrives because she can’t handle being a mother.

Additionally, a soap insider is reported as telling the website that Tyler’s family will demand to be part of the child’s life, leading to a messy legal battle.

The source is quoted as saying: “It’s not long after giving birth that Amy decides she doesn’t want to be responsible for the baby.

“It’s tougher than she ever thought it could be. Although it’s hard she decides to put the tot up for adoption.

What do you think of the controversial storyline? Leave us a comment on our Facebook page @EntertainmentDailyFix and let us know what you think!