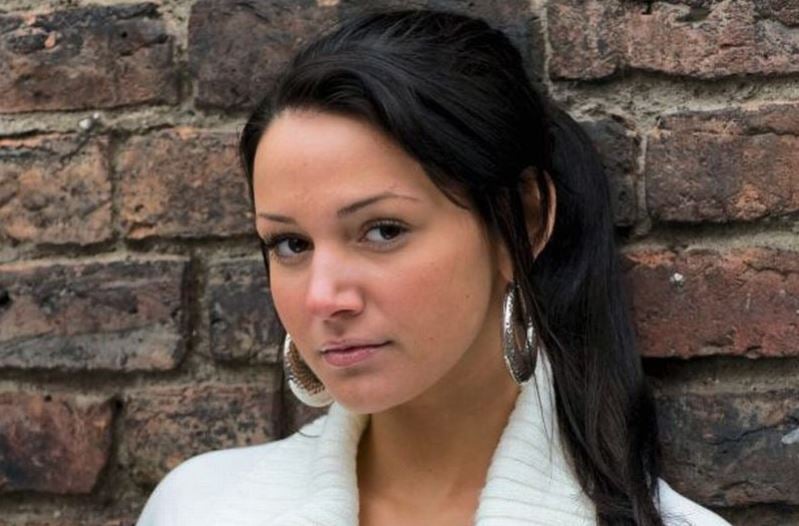 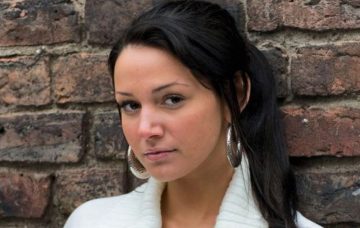 She died in 2014 but viewers are convinced she's back

Viewers watched in shock as Michelle Keegan’s character Tina seemed to have been resurrected as a Weatherfield Gazette reporter interviewing Summer Spellman.

Tina was bludgeoned to death in 2014 by Rob Donovan so it definitely wasn’t her, but the new actress who plays reporter Naila is the spitting image of her.

Played by former Hollyoaks actress Saira Choudhry, Naila had viewers convinced and they  flocked to social media to comment on the spooky lookalike.

Another added: “By the ghost of Tina Macintyre! It’s that Wethy Gazette reporter!”

She previously spooked Corrie viewers last year when she turned up to the Rovers to interview Sally Metcalfe.

“Genuinely thought Tina had just come back from the dead! How much does she look like Michelle Keegan?!” wrote one bemused fan then.

“Thought Tina had come back to life there for a split second,” tweeted another.

And a third viewer exclaimed: “Anyone else spotted the Tina look-a-like in Corrie? It’s unreal!”

Even if Corrie producers had wanted to bring Tina back from the grave, they probably would’ve had their work cut out, as Michelle Keegan is pretty busy doing other stuff these days.

By the ghost of Tina Macintyre! It's that Wethy Gazette reporter! 😍#Corrie

Another Michelle Keegan (Tina) look/sound alike 😲 they are multiplying!! #corrie

#Corrie Omg Tina is back!!

Since leaving the ITV soap, the 31-year-old has been inundated with work, appearing in Our Girl, and starring as Tina Dean in the Bobby Moore biopic Tina and Bobby – a role that earned her critical acclaim.

On top of all that, she has to find time to see her hubby, former TOWIE star Mark Wright, 30, who’s working in the US as a TV correspondent for entertainment series Extra.

As for Saira Choudhray, who played Anita Roy in Hollyoaks from 2008-2011, she’ll be hoping for more appearances in Corrie, as it was the Weatherfield soap that first inspired her to become an actress.

“When I was eight, I was watching Coronation Street and it suddenly dawned on me that I wanted to be an actor,” she said in a recent interview with DesiBlitz. “I remember telling my dad.”

Do you want to see more of Naila on the cobbles? Leave us a comment on our Facebook page @EntertainmentDailyFix and let us know what you think!