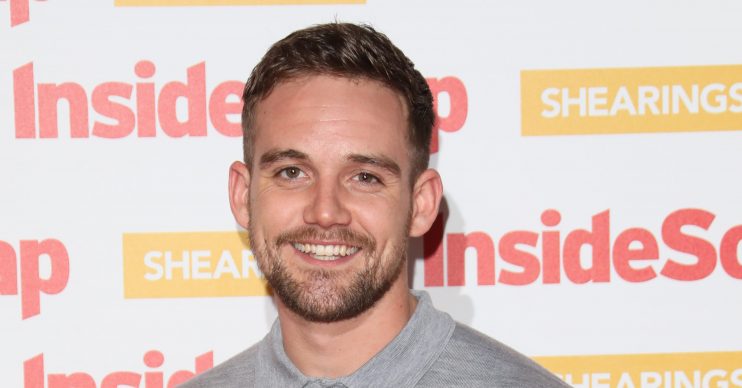 He popped the question in the Lake District

James Burrows, who plays Coronation Street‘s Ali Neeson, has revealed he is engaged to his girlfriend.

The actor popped the question to his significant other Sophie Coates in the middle of Lake Windermere in the Lake District – and she has made him a “very happy man.”

He wrote on Instagram: “So at the weekend I asked my best friend to be my wife on a boat in the middle of the lake and she said yes and it’s made me one very happy man #lakedistrict #engaged #happy (sic)”

Sophie revealed she couldn’t believe it when James asked her, so much so she said “are you joking” around 17 times.

Several of James’s Corrie co-stars congratulated him on the news, including Jack P. Shepherd (David Platt).

Julia Goulding (Shona Ramsey) posted: “Congratulations to both of you! Xx (sic)”

James’s proposal comes just three months after he and Sophie welcomed their first child into the world.

The cobbles favourite confirmed the news by sharing a photo of himself and Sophie with their daughter Betty.

He wrote: “Out with my beautiful girlfriend @sophie_coates baby free for a few hours while nana and grandad look after her #happyness (sic)”

James and his significant other discovered they were to become parents for the first time last year, and in March the soap star said he was “so excited” to meet his baby girl.

He told OK! magazine: “I’m so excited to be having a daughter; I can’t wait to meet her now.”