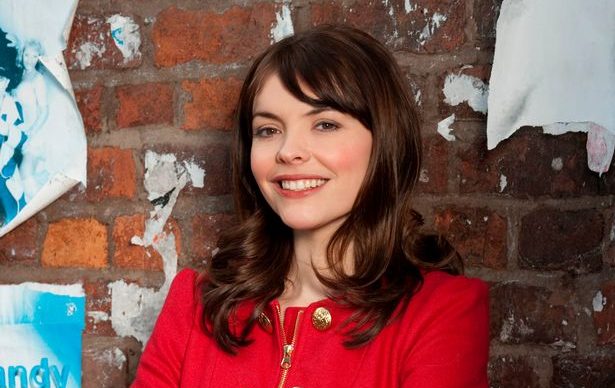 The man-eater will become a woman-eater!

Tracy Barlow has long been known as Coronation Street‘s resident man eater, but she’s never bedded a woman – until now that is.

Despite being married to Steve McDonald for the second time, Tracy is set to cheat on him in upcoming scenes according to reports.

And it’s with a woman.

Tracy will turn her attentions to the same sex for the first time in Weatherfield history (as far as we know), and will bed Sophie Webster’s ex-girlfriend Paula Martin!

The Sun Online has revealed the major plot twist will see Tracy have a one-night-stand with the lawyer and then promptly try to cover it up.

According to the website, Tracy’s daughter Amy will bribe Paula to keep quiet about the indiscretion.

A soap source said: “Tracy has seen it all on Coronation Street – affairs, murder, kids, divorce, the lot. But the writers have decided to give her another new twist with a night of passion with a woman.

“Her and Paula will end up spending the night together after one thing leads to another.

“Amy then tries to bribe Paula into staying silent to mixed results.”

Apparently the liaison is discovered by Leanne Battersby, who has a son with Tracy’s husband Steve, when she hears the two women having a row about it.

When Leanne confronts the pair, Paula – played by Stirling Gallacher – insists they both regret it and there’s nothing more to it.

Of course Leanne, who has a long-standing dislike of Tracy, doesn’t fail to enjoy the moment!

Viewers know that Tracy murdered her ex-boyfriend Charlie Stubbs, after she discovered he had cheated on her.

Will Steve give Tracy a taste of her own medicine?

According to the soap source it’s not known if Steve finds out, but viewers know he’s not exactly squeaky clean himself when it comes to the fidelity department.

A month before marrying Tracy last year, he slept with Leanne after mistakenly thinking he’d been given a “free pass” to have sex with someone else.

Tracy found out, revealed the truth on their wedding day, but ultimately stayed with him despite the betrayal.

Coronation Street told us they don’t comment on storyline speculation.

Are you looking forward to seeing this storyline play out? Leave us a comment on our Facebook page @EntertainmentDailyFix and let us know what you think!