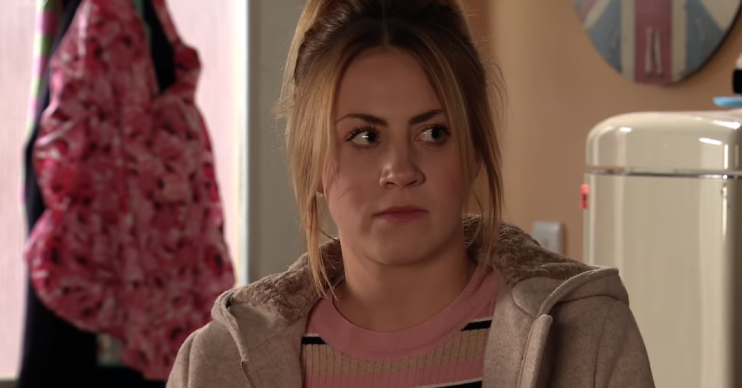 The police know about Jade's messages to Hope

Jade looks concerned as the police come to her home searching for a missing Hope, in tonight’s Coronation Street (January 22 2020).

TONIGHT AT 7.30 & 8.30PM – When the police search Jade’s house for Hope, Jade insists she knows nothing about her sister's disappearance.

Is she telling the truth?

In the clip, the police want to have a look around Jade’s home, believing she may be involved in Hope’s disappearance.

Jade seems shocked that her half-sister is missing and claims she hasn’t seen the little girl.

One of the police officers confronts Jade over the mobile phone she gave Hope saying they know Jade sent her messages promising to take her away.

Jade admits she’s been trying to get custody of the schoolgirl but she isn’t with her.

Jade then claims that Fiz doesn’t look after Hope properly saying Fiz resents her daughter and treats her badly.

As one of the officers heads upstairs, Jade follows her telling her they’re wasting their time and should be out looking for Hope.

But Jade makes a quick, suspicious glance at the entrance to her attic. Is she keeping Hope up there?

Earlier n tonight’s episode, Fiz and Tyrone are horrified to find the back door open and Hope missing.

They immediately think Jade is responsible and has taken the little girl.

After the police search Jade’s property, Fiz later turns up and finds passports and one-way ferry tickets to France.

Back at home, Fiz is shocked when Jade comes to the house without Hope.

Fiz accuses Jade of taking her daughter and sees red, resulting in her hitting Jade over the head with a chopping board.

Tyrone soon returns home and finds Fiz standing over Jade’s body, but before they can work out what to do next, Jade has vanished.

Soon the police are calling at No.9 to say Jade has been found unconscious in the ginnel and they want to question Fiz about an assault.

Will Jade pull through and where is Hope?