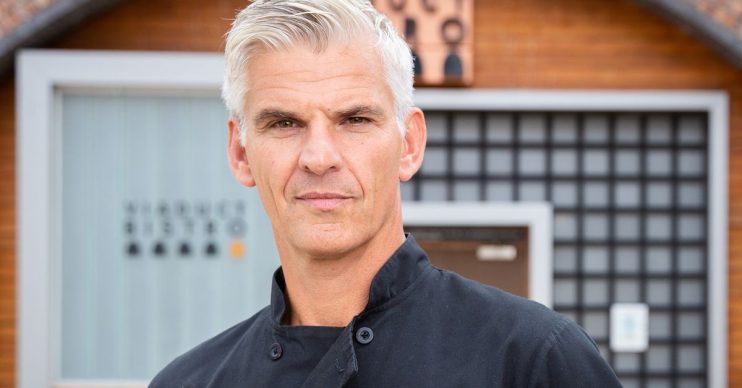 BOTH Michelle and Vicky will rush to the hospital to see him...

Robert Preston’s two-timing ways are about to catch up with him on Coronation Street – and it promises to be explosive.

The cheating chef is in a long-term relationship with Michelle Connor, but has been having an affair with Vicky Jeffries – who is carrying his unborn baby.

And it all threatens to come out when Robert is involved in a horrifying car accident that leaves him fighting for his life.

According to The Sun Online, a dramatic plot this coming autumn will see Robert left for dead after a high-speed collision with a lorry.

As if that wasn’t dramatic enough, both his fiancées will rush to the hospital to see him!

A source told the website: “Robert’s speeding in Michelle’s car when he crashes into a lorry.

“He’ll be rushed to hospital after the horror crash, but that’s just the beginning of his problems.

“Both his fiancées Michelle and Vicky will be terrified when they hear of what’s happened and head to the hospital to be with him.”

The insider added: “If they come face to face, Robert’s lies could be exposed and his whole life will fall apart.

“They’ll want to kill him, but he’ll have to survive catastrophic injuries first.”

For months, Robert has been busting a gut to keep Michelle and Vicky from finding out the truth about each other.

In a frankly stupid move, he ended up engaged to both of them – desperate to keep his relationship with Michelle and his baby with Vicky.

Will his accident prompt the discovery of all his lies?

All three actors involved in the love triangle story are leaving this year.

Tristan Gemmill and Kym Marsh announced they were quitting the soap earlier this year, and actress Kerri Quinn – aka Vicky – has also revealed she’ll leave at the end of her baby storyline.

But how and why remains to be seen…

Do you think Robert deserves a happy ending with Michelle or Vicky? Leave us a comment on our Facebook page @EntertainmentDailyFix and let us know what you think!