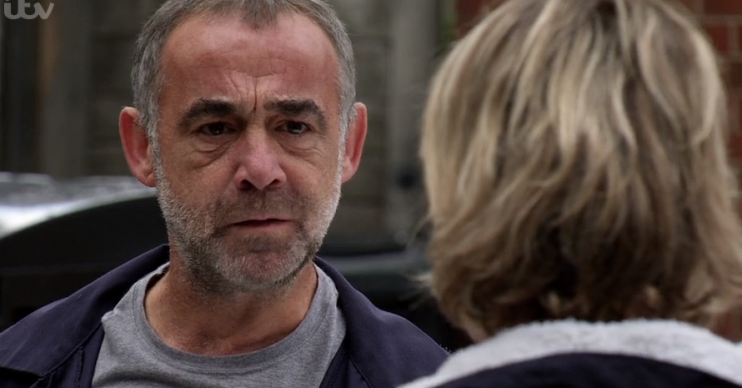 Kevin Webster is ‘set to be blackmailed by Ray Crosby’ in upcoming Coronation Street episodes.

The Weatherfield mechanic, played by Michael Le Vell, has been running the local garage since 1997, but now it seems his reign could be over if Mark Frost’s businessman alter ego gets his way.

According to The Sun newspaper’s Bizarre TV column, Ray sees a chance to swindle Kevin out of owning Webster’s Auto Centre after Kev’s love interest Abi Franklin is caught on CCTV setting fire to Ray’s car in an act of revenge.

As she already has a prison record and would end up back in jail, Ray attempts to exploit Kevin’s feelings by suggesting he won’t report the incident to police if the garage is handed over.

A source told the publication: “Kevin has been the proud owner of the garage for more than 20 years but when Ray catches Abi torching his car he decides to make a play for the garage.

“He says he won’t dob her in to police if [Kevin] agrees to flog it to him for a good price.

“Kevin has to decide if he want to save his business or save his love.”

The potential plot comes after reports Michael has signed a new £275,000-a-year Corrie contract to keep him on the cobbles for the foreseeable future.

Fans have watched Kevin fall for Abi, but have his heart broken over the festive season.

He overheard Abi saying some umcomplimentary things about him, and even though she was actually telling Eileen how much she liked him (in a weird way!), Kev was offended.

Abi then shared a New Year’s Eve kiss with Ray and they have been sleeping together ever since.

Fans got upset with Kevin earlier this week saying he was ‘cruel’ and ‘creepy’.