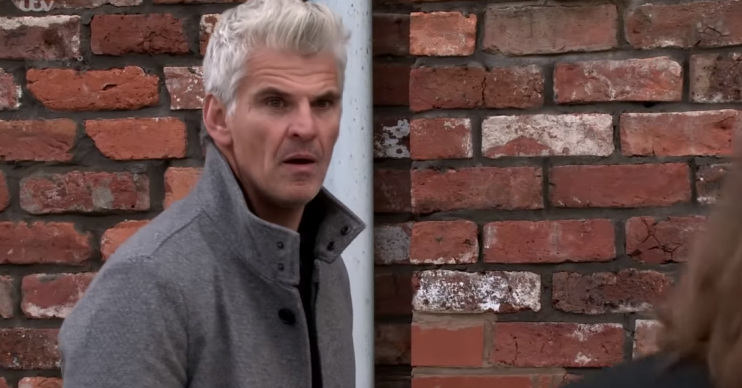 Vicky went missing the night before Robert and Michelle's wedding

It looks like there’s trouble up ahead as new evidence proves Robert lied about his whereabouts the night Vicky went missing, in tonight’s Coronation Street (December 16 2019) .

Over the last few weeks, viewers have seen Robert lose everything as his fiancé Michelle Connor exposed him as a cheat at their wedding.

Fans know that Robert was engaged to Michelle and Vicky Jefferies, who is pregnant with his child, at the same time.

Read More: Corrie’s Kym Marsh use to live in a damp house full of ants before finding fame

Before exposing him Michelle managed to get their shared business, The Viaduct Bistro, put completely in her name making her the sole owner.

It was all part of her revenge plot to leave Robert with nothing and the night before the wedding she even sent Robert round to Vicky’s to ensure she wouldn’t ruin their big day.

Once there, Robert got into an argument with Vicky, and she hasn’t been seen since.

Things got worse for Robert as he is now the prime suspect in Vicky’s disappearance.

In a preview for tonight’s episode Robert loses the plot and begins to smash the ‘for sale’ sign on the bistro.

Peter and Carla stop him before he does too much damage, but soon Michelle comes outside telling him not to stop on her account as everyone will enjoy seeing what he’s really like.

As Carla and Michelle go back inside, Peter tells Robert he isn’t helping his case but Robert says: “My case? So you think I had something to do with Vicky going missing?”

He then says to Peter: “Look Peter, I’m not proud of how I behaved, lying and going behind their backs but to do that? To hurt my own kid?”

However Robert’s stopped in his tracks when DS MacKinnon, who is looking into Vicky’s disappearance, comes along.

She asks Robert if he wants to revise his statement telling him although he claimed he didn’t go anywhere near the woods the night before his wedding, his sat nav says otherwise.

Read More: Corrie’s Sue Nicholls refused to let Audrey have a loneliness plot as Rita will be left for dead

Does this evidence prove Robert killed Vicky and their unborn child?

Whilst some fans think Michelle and Vicky are working together, others believe Robert kidnapped Vicky and is holding her captive somewhere.