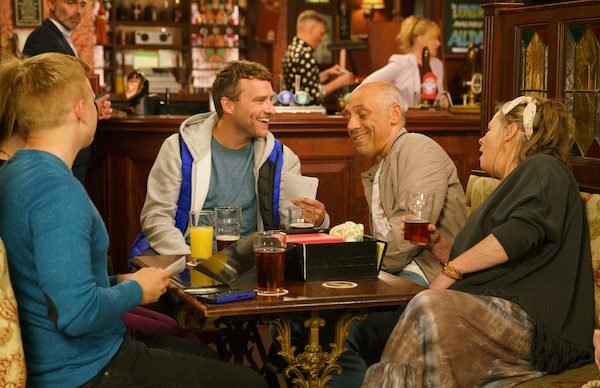 Kel groomed Paul when he was a child

Kel Hinchley will be rushed to hospital after a violent clash with Paul Foreman, in next week’s Coronation Street.

The paedophile will continue to manipulate Paul after he lashes out over their past.

Currently Paul hasn’t come to terms and accepted the reality of the situation.

Paul thinks that the “relationship” was consensual, however next week he uncovers the truth.

In scenes to come, Paul will confront his abuser over their “relationship”.

He realises with horror that Kel was only attracted to him when he was a young boy.

Struggling to cope, Paul punches Kel and knocks him unconscious.

Kel requires emergency treatment. However, when he wakes up the evil abuser chooses not to press charges, fearful if the authorities get involved the truth will come out.

But will Kel try to turn Paul’s family against him?

Coronation Street bosses are currently exploring a historic sex abuse storyline as Paul was groomed by step-father Kel when he was a child.