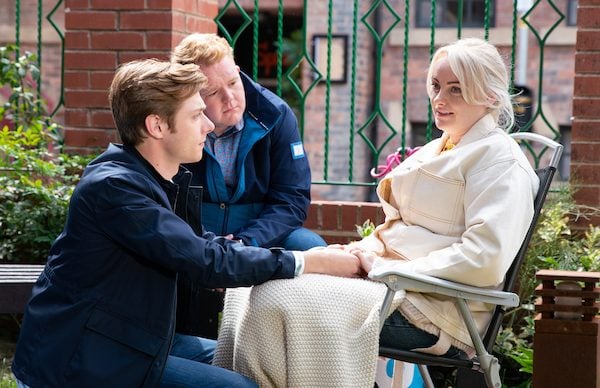 She's not going to make it till December

There are heartbreaking times ahead for Sinead and her family in Coronation Street as she is set to die from cancer.

The storyline will see Sinead pass away within weeks of her doctor telling her they want to cease treatment to fight the disease.

Daniel, Sinead, Beth, Kirk and Craig enjoy the picnic in Victoria Garden but as Sinead tries to join in on a game of charades, it is evident she’s too poorly and has to be taken home.

Kirk Sutherland later gathers the family together to organise an early Christmas that she can be part of.

But a couple of weeks ago, as she prepared to get married to Daniel Osbourne, she discovered a lump on her neck.