Shona Ramsey is left in an impossible situation next week when she finds herself torn between her son Clayton Hibbs and boyfriend David Platt.

Killer Clayton has been in prison since 2016 for killing David's wife Kylie Platt in cold blood... but he is back next week when Shona is forced to go and visit her son in jail. 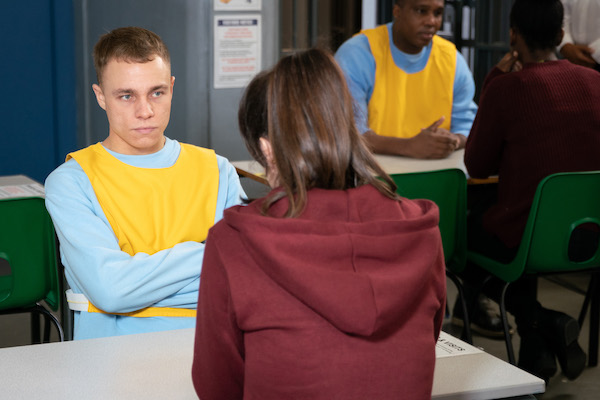 But this isn't a social visit between mother and son, Shona goes to see Clayton to tell him that his dad, Dane, has died from an overdose.

As the visit continues, Shona is surprised when Clayton reveals he already knew about his dad's death, but then drops the bombshell that he is being bullied in jail and wants her help to get him moved to an open prison. 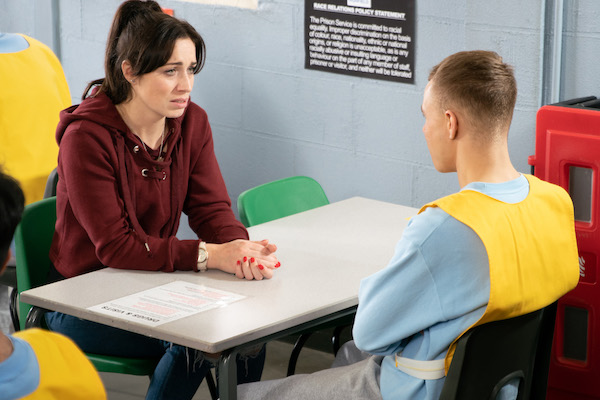 Clayton tells his mum that he's being bullied (Credit: ITV)

But while Clayton might be her son, Shona is now dating David, who surely isn't going to be happy if he finds out that she has been visiting the man who robbed him of a future with Kylie?

While Shona asks Imran for help with Clayton's request, the solicitor doesn't hold out much hope and warns Shona that she has got an almost impossible fight on her hands.

But Clayton isn't the only one who's wrath Shona is about to feel... because when Nick finds out what she has been up to, he makes it very clear that he's not happy about her helping her killer son. 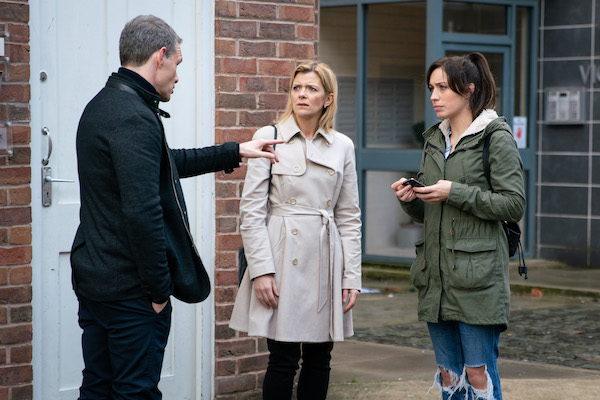 Nick isn't happy that Shona is trying to help her son (Credit: ITV)

Being a protective brother, Nick is furious with Shona and tells her that she has no regard for David's feelings, leaving her totally torn.

David isn't happy about Nick getting involved and the brother's fight... and Nick is left baffled when David reveals he isn't cross with Shona for trying to help her son, he is just frustrated that the situation means that he can't support her in her moment of need.

However, things are set to get worse for Shona when she tells Clayton that his move is unlikely to happen - and he delivers her a chilling ultimatum in response. 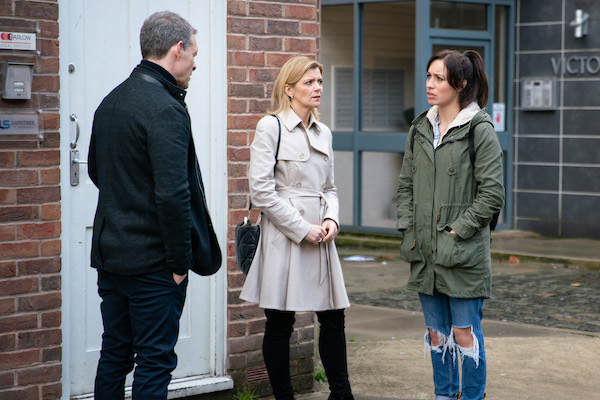 Can Shona make Nick see the situation she is stuck in? (Credit: ITV)

As Shona refuses to help her son with his shocking plan, it looks like she might live to regret her decision when, as her and David head to bed that night, someone is seen picking the lock on their back door.

Who is it? And what do they want with Shona?

Do you think Shona is in danger? Leave us a comment on our Facebook page @EntertainmentDailyFix and let us know what you think!