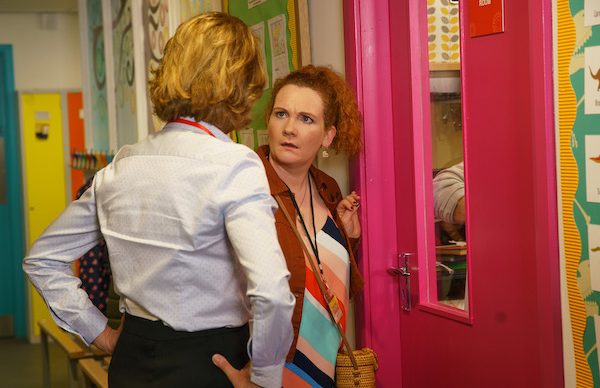 Next week’s Coronation Street sees Fiz Stape make her long-awaited return to the cobbles, but she’s only been home for five minutes before Evelyn Plummer is causing trouble for her and Tyrone Dobbs once again.

Coronation Street fans will know that Fiz has been absent from Weatherfield while actress Jennie McAlpine has been on maternity leave after welcoming her second child, but next week sees her return to the cobbles once again.

Fiz has been in Birmingham with daughter Hope in a vain attempt to get her wayward behaviour under control, but while Fiz has been absent, other half Tyrone has been living with grandmother Evelyn.

While Tyrone is thrilled about Fiz coming home, Evelyn doesn’t exactly share the same enthusiasm and isn’t looking forward to seeing the woman she clashes with moving back into the house.

But while Evelyn prepares herself for a battle, Tyrone is horrified when he realises he has forgotten to enrol Hope into the local school for September and knows he is going to be in serious trouble with Fiz.

Whilst Tyrone panics about how Fiz is going to react to the news Hope doesn’t have a school to go to, Evelyn suggests they speak to Brian and ask if he has any contacts in education who could pull a few strings.

Brian breaks the news that they’re too late for Hope to get a place as Bessie Street School, and Tyrone is left reeling. But soon Evelyn comes up with a plan to put things right… what could possibly go wrong?

Tyrone is dubious about Evelyn’s plan, and instead books a meeting with the Bessie Street head teacher with Brian in a bid to talk her round.

But as they arrive for the meeting, Tyrone is left upset when the head firmly but kindly tells him that Hope won’t be able to get a place at the school.

But before Tyrone can leave the meeting Evelyn arrives and claims she is there to offer moral support… however, it is clear she has got a plan and it’s going to cause trouble.

Evelyn wastes no time before barricading her, Tyrone and Brian into the head teacher’s office and starts to stage a protest.

It’s not surprising that things don’t go well and soon the police arrive, along with a reporter from the local newspaper… and a disbelieving Fiz!

Fiz is stunned by what she finds at the school, she is fuming at Tyrone for missing the deadline and tells him that she would be better taking Hope back to Birmingham, leaving him heartbroken.

Meanwhile, Brian grabs the keys from the office in a bid to free him and Tyrone, but Evelyn is adamant that her plan will work.

Can Evelyn’s hilarious plan land Hope a place at the local school? And what trouble will her latest dramas cause for Fiz and Tyrone’s relationship?

Do you think Fiz and Tyrone can get back on track? Leave us a comment on our Facebook page @EntertainmentDailyFix and let us know what you think! 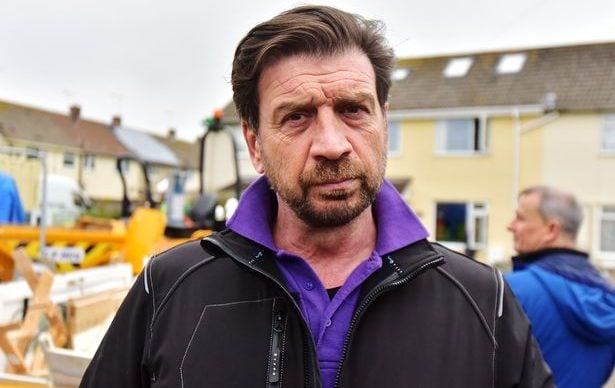