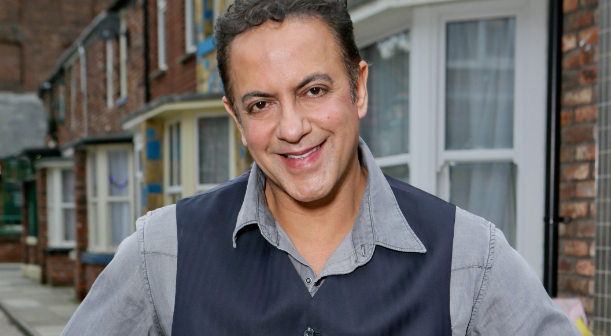 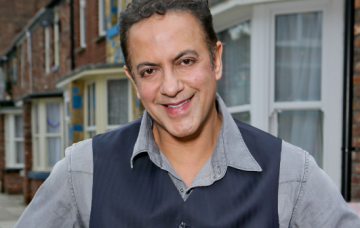 He won't take it lying down though

Coronation Street’s resident corner shop owner, Dev Alahan, is reportedly going to be attacked when his business is targeted by thieves.

The Sun claims Dev will fear for his life as the thugs break in, ransack the place and steal all his takings.

A source told the paper: “Dev’s had a quiet time on the cobbles recently but that’s all set to change. He’s left terrified and furious when masked thugs burst into the shop and steal his takings.

“Dev works hard for his money and for someone to just think they can steal that from him is beyond the pale.

“He will be determined to unmask the thugs who did it, no matter who they are.”

The storyline is expected to be on our screens next year, but as yet the perpetrators of the attack remain unclear.

Yesterday it was rumoured that Sinead’s Aunty Beth could be involved.

With Sinead battling cervical cancer, the young mum-to-be is hopeful when she learns of an experimental treatment available to her in Germany that won’t put her baby’s life at risk.

She’s currently refusing treatment – and lying to husband Daniel that she is having her chemo sessions – because she wants to protect the life of her unborn child.

But the cost of the new treatment is beyond her means and she’s devastated to realise she can’t afford to go.

According to The Sun, Beth resolves to get her the money whatever it takes – and it’s not long after that Dev is robbed.

With Sinead believing her aunt was involved, she faces a moral dilemma over whether to take the money or whether her principles are more important than her life.

But with Dev angry and determined to track down whoever is responsible, Beth had better watch out.

Is she really capable of attacking Dev though? Surely she wouldn’t commit the robbery alone?

It’s not the first time Dev’s shop has been targeted. During the live episode to celebrate the show’s 60th birthday, Becky McDonald stole the takings in the wreckage of the tram crash to buy her sister’s baby, Max.

And years before that, Dev’s ex, Mad Maya set fire to all his shops in revenge for him leaving her for Sunita.

Dev doesn’t have much luck with his businesses, does he?!