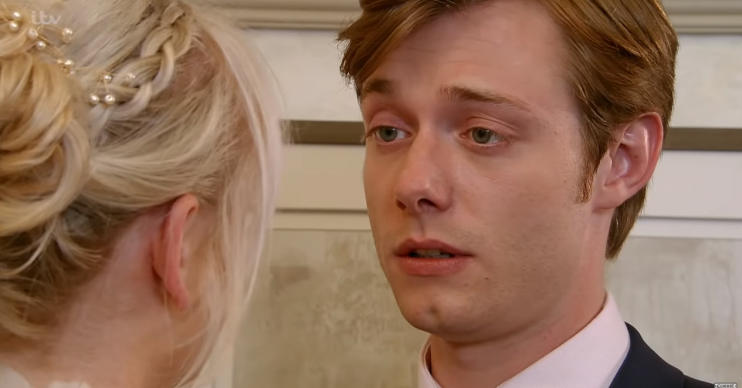 He won't cope with the loss of his wife

Newlyweds Daniel and Sinead Osbourne are set to get the most devestating news possible in this week’s Coronation Street as they are told Sinead has just months to live.

And Daniel will – understandably – not take the news well as he hits the bottle to cope.

Ken’s son will reportedly turn to alcohol in an attempt to blot out the horrifying reality that Sinead is dying and won’t get to see her son Bertie grow up.

With Katie McGlynn having filmed her final scenes for the soap, the end isn’t too far away.

He’s seen stumbling around by the river and eventually collapses unconscious.

It’s a freezing cold winter night, could he end up perishing to death himself?

Or worse – could he wake up and drunkenly stumble into the river and drown?

Might he even be tempted to take his own life? With no Sinead, will Daniel feel he has nothing left to live for?

It wouldn’t be the first time Daniel has overdosed.

After he pushed his dad down the stairs in 2017, he took too many recreational drugs and was rushed to hospital.

When Ken discovered the truth about Daniel pushing him, Daniel then locked himself in the bathroom and self-harmed, so his mental state has not always been stable.

Will he be able to find the strength to carry on this time for his son, Bertie?

This week, Sinead will be told the devastating news that the cancer she thought she’d beaten has returned and spread to her lymph nodes and liver.

Reports say Sinead will die after discovering husband Daniel cheated on her with Bethany.

In a recent interview, actress Katie McGlynn discussed bringing the emotional storyline to life, saying: “Daniel and Sinead are just broken, we just tried to play it with as much realism as we could, they’re both in disbelief.

“Sinead doesn’t understand – she just wants to be a mum to Bertie, she wants to know how long she’s got left. They’re both completely devastated and in shock and all the emotion just comes pouring out.”

Sinead was diagnosed with cervical cancer in October, but delayed having treatment so she could give birth to her son earlier this year.