Josh Tucker returned to Coronation Street last night but in a way that confused viewers.

The rapist was last seen a year ago when David took revenge on him for drugging and sexually assaulting him. 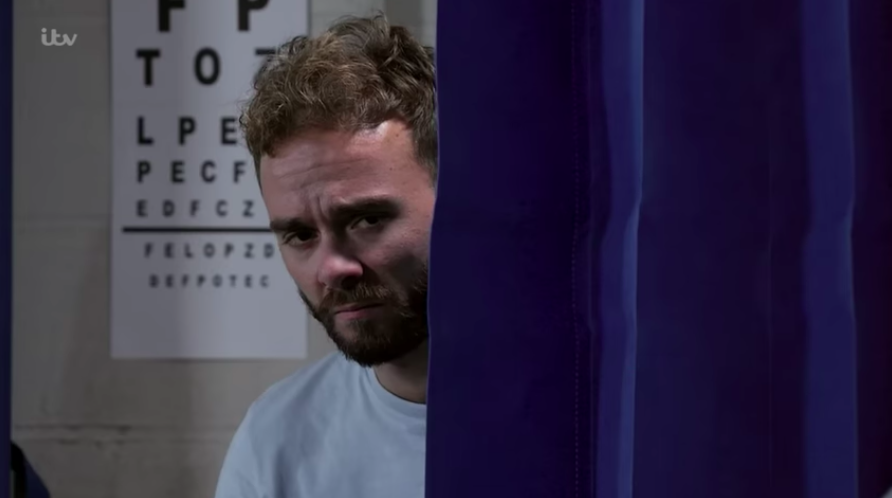 David was horrified to discover his rapist is in prison with him (Credit: ITV)

He left him at the side of the road after an attack by another victim left Josh blinded.

David decided to move on with his life, realising Josh would never admit to what he did and he had no chance at getting legal justice.

But last night David was horrified to find Josh in the same prison as him, after another of his victims got justice and had him locked up.

However, as well as David seeing Josh, Josh saw David despite him being blind the last time he was in Weatherfield.

Viewers were completely confused at how Josh had regained his sight after such a final previous exit.

One said: "I thought Josh was blind? How did he see David? #Corrie"

A second said: "Think I’ve missed something in #Corrie thought Josh was blind or something???"

A third added: "Thought Josh was supposed to be blind #corrie"

But while fans don't know why or how Josh got his sight back, they're in for a bumpy road over the next few weeks as David clashes with his rapist. 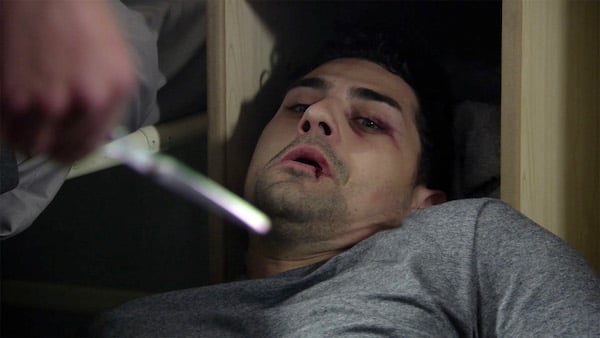 Josh will be brutally stabbed next week (Credit: ITV)

However, it seems one false move could change all that when he finds himself with the chance to get the ultimate revenge on the man who raped him.

As a riot breaks out in prison, David retreats to his cell, determined to make sure he doesn't get caught up in the trouble.

However that all changes when his new jail ally Abe drags a terrified Josh into David's cell and hands him a pair of scissors.

Later David calls Shona and begs her to get him a lawyer after Josh is stabbed.

Has David finally taken revenge? Leave us a comment on our Facebook page @EntertainmentDailyFix and let us know what you think!