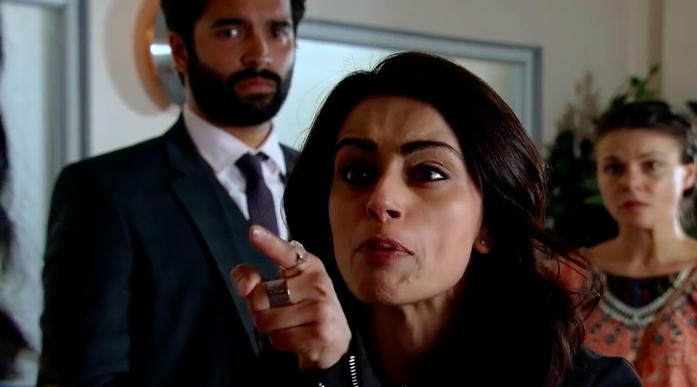 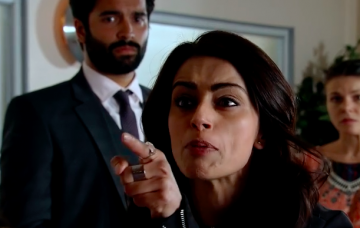 Rana Nazir is going to blame her homophobic mother for her father Hassan’s stroke in Coronation Street.

The nurse is estranged from her parents since she discovered they had tried to trick her into moving to Pakistan after they discovered her affair with Kate Connor.

Horrified at what her parents had done, Rana confronted them but they were unrepentant and disowned her.

In solidarity her brother Imran, sickened by their actions, told them he never wanted to see them again.

But next week on the soap Hassah will have a big 60th birthday party and ask his son to attend.

However their mum Saira has banned Rana to protect the family’s name in the community, not wanting anyone to know their daughter is a lesbian.

And it is set to have potentially fateful consequences as Hassan suffers a horrifying stroke at the party, something nurse Rana could have spotted.

After hearing the devastating news, Rana rushes to the hospital but her mum bans her from seeing her father, telling the doctors that they are estranged.

When she catches Kate comforting Rana, Saira tells her to leave but Rana has had enough and tells her some home truths.

She tells her: “You won’t be able to walk away from your guilt so easily.

“You know that if I’d been there today things would have been different right now.

“But now, he might never recover. He might even die, all because of you and your stupid pig headedness.”

Storming off in distress, Rana had a breakdown telling Kate: “I don’t want to be here.

“There’s nothing I can do other than cause trouble. All I wanted was to see my dad. He’s lying in hospital and she won’t let me see him.”

But will Rana be able to see her dad and reunite before he dies?

Should Saira let Rana see her dad? Leave us a comment on our Facebook page @EntertainmentDailyFix and let us know what you think!

Coronation Street airs Monday, Wednesday and Friday on ITV at 7.30pm and 8.30pm