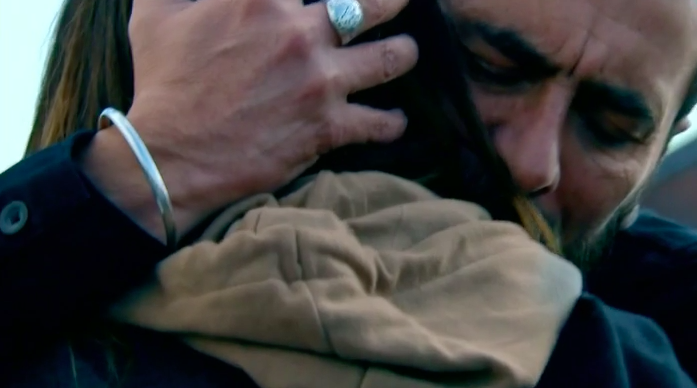 The former sailor behaves very suspiciously in the explosive trailer for the reveal of the villain and it’s what he doesn’t say that has fans convinced he will confess all.

And fans are convinced the conversation will continue and Peter, heartbroken over Carla’s state, will confess his own guilt in an attempt to make her feel better.

Both Carla and Peter are still in line to be the villain,.

Builder Gary Windass, his former apprentice Seb Franklin and Robert Preston all remain under suspicion of causing the collapse for nefarious purposes.

The favourite is still Carla’s business partner, Nick Tilsley, who has come under increasing suspicion ever since trying to take sole control over the factory.

Even his own family suspect he had something to do with it.

But he has more than enough trouble coping with his guilt over stealing from his grandmother, Audrey, to fund his purchase of the factory and his divorce bill.

Could he be responsible for all of it?

With time running out, who do you think is the villain? Leave us a comment on our Facebook page @EntertainmentDailyFix and let us know what you think!